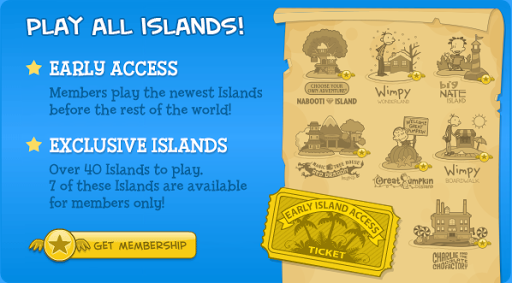 Hello all; Smockers here! It’s been quite a long time since I have posted (my last post was on New Years Day, in fact)! I was very busy with school stuff, but enough about me. To start, we get a new comic from the PCB! Hopefully, Big Nate Island will be released soon. Anyways, comic below (go to the Poptopica Creators’ Blog to view it full size!): 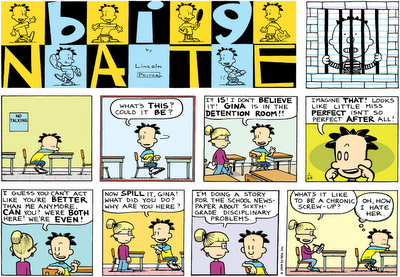 Thanks to Shiny Leaf for the above and below news! What could be under this text? Why, a Pink Panther 2 mission, of course! That’s right; on Spy Island, you can find this building: 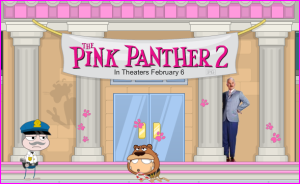 When you go inside, you will be present with a mission to find the stolen Pink Painter. You have an inventory at the bottom of the screen. You will receive and find items that will ultimately let you find out who the criminal is. I don’t want to spoil it for people who want to just solve it by themselves; click on the “m0re…” button below if you want to see a walk-through. 🙂 END_OF_DOCUMENT_TOKEN_TO_BE_REPLACED

You probably guessed it – a Big Nate sneak peek! Thanks to Grumpy Wolf for the reminder! Anyway, this sneak peek is obviously showing a school clock, probably from Nate’s school. Blog picture below:

Also, here’s a Big Nate comic from the Creators to keep us all in the spirit of Big Nate. Thanks Blue 6254 for the reminder first.
Here’s the image link: http://3.bp.blogspot.com/_AkTCxo8C1Ys/SWynWi7u6HI/AAAAAAAAAEQ/eHHbvUE5hyc/s1600-h/bignate_bottle.gif For more Big Nate comics, visit Comics.com!

Special Note: It is not a race to be the first to tell everyone about a new post on the Creators’ Blog. We’ve had many comments saying the same thing (“New post on Creators’ Blog!!!!”) and it is very annoying. If someone has already mentioned it, don’t bother to say it again – it’s not necessary. If people continue to spam and repeat the same thing over an over again, it will show us that you cannot handle this and we will stop giving out credits. Please comment appropriately. Thanks!

Anyway, remember to check the other sneak peeks below when you’ve got the time! 😆

Thanks to Nervous Lizard for keeping us updated. Anyway, here’s the picture:

Wonder which island this will be from? Many will guess it’s from the mechanical-themed island the Poptropica Creators’ Blog has recently been giving sneak peeks of. Although no name has been mentioned yet, some say that this island could be called “Mystery Island” because of how many of the sneak peeks have the word “mystery” in its Image Name, including this one! Others say it could be called “Mechanical Island” because of how it’s so mechanic-themed. But who knows? We’ll just have to wait and see. 😀

And here’s a Big Nate comic to keep you all in the Big Nate spirit!

Click this link to see the whole comic strip: http://1.bp.blogspot.com/_AkTCxo8C1Ys/SSV-MDDhMwI/AAAAAAAAADY/YpL2bahhqmQ/s1600-h/265008.full.gif.

Fall is coming to its end pretty quickly! Nabooti Island and Big Nate are expected to be released any time now. (Of course, that could vary from the next minute to almost a month. It just depends on the Creators and how their progress is!) 😉

Don’t forget to read the posts below if you haven’t already. 😛

Guess what? There’s going to be a new island coming soon, and it’s based on the comic strip, Big Nate! So currently, we can confirm of these islands coming soon: Big Nate, Reality TV/”Survivor” island, Mechanical/Medieval island, Choose Your Own Adventure/Nabooti, and the French-themed one. Any other islands are just rumors, unless the Poptropica Creators say otherwise.

Here is the post about Big Nate Island from the Poptropica Creators’ Blog:

We’re creating a new island that’s different from anything you’ve seen in Poptropica.

You’ll be able to jump into Big Nate’s world and interact with the characters that make up the Big Nate universe.

While we’re developing the island, we hope you’ll check out Big Nate comics at Comics.com.

Get ready for a whole new type of adventure on Poptropica. Enter the comic strip world of Big Nate – a wisecraking kid who holds the all-time record for detentions at his school. You’re on a mission to find a long-lost time capsule which, if found, can save the school from demolition. You’ll need help from Nate and his friends to complete your quest!

In other news: The Spy Island quest walkthrough is now available for all of you to read! Click here to see it. The guide could do with some more details, so if you think you can help out a little, post a comment there and say what you think could be added!

Also, I’ve added a new poll. Cast your vote and view the results today! Have fun! 😀