Snaggled by this new island? Check out our Snagglemast Island Guide.

Hey, everyone! Poptropica has been giving us new islands to play this summer. We already went over Reality TV: Wild Safari in extensive detail, and now it’s time to take a look at the newest tutorial island: Snagglemast Island!

The strangest thing about Snagglemast Island (aside from the fact that it replaced Monkey Wrench Island) is that it borrows a lot of elements from the first tutorial island, Hub Island. However, Snagglemast Island did make some interesting changes to differentiate itself from the original. Here are some of the most notable changes. 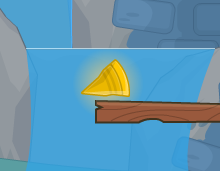 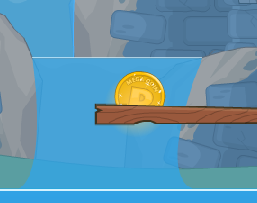 To keep track of how many mega coins you need to find, just look at your trusty coin counter in the top-left corner of your screen.

Aside from shards, a wrench could also be collected on Hub Island. However, it has been replaced by a mega coin (pictured below) on Snagglemast Island. 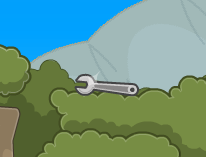 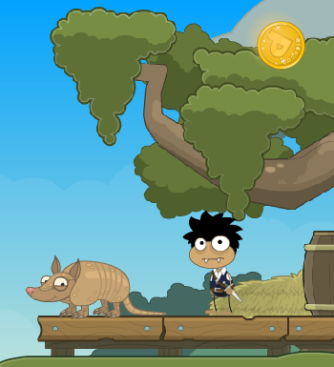 A minor change I’d like to mention is the fact that there was a small tree branch that was removed from the second scene, leaving an empty hole in the side. 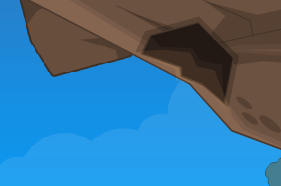 The second major difference between the two islands is their casts of characters. Hub Island had only two characters: Amelia and an unnamed male pilot. In Snagglemast Island, the male pilot was removed, so Amelia took his place at the beginning and end of the island. 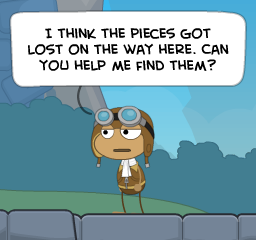 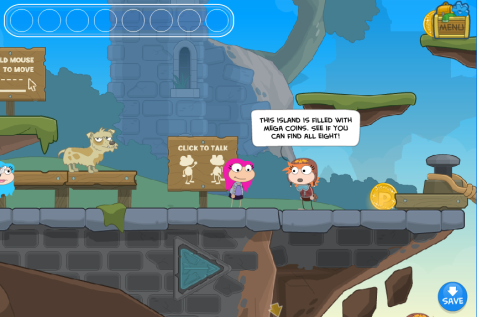 She isn’t the only character on the island, though. You’ll also get to meet various Poptropicans and animals along your mini adventure. Some characters stand in different places on the island while others occasionally run past you, presumably adventurers also in pursuit of coins. Here are some of the interesting folks you will meet on Snagglemast Island: 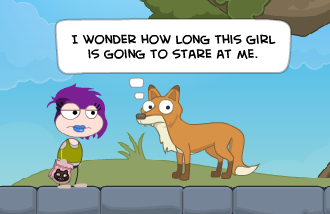 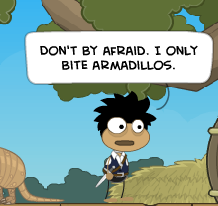 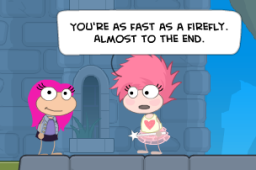 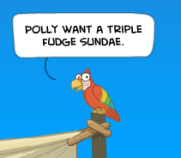 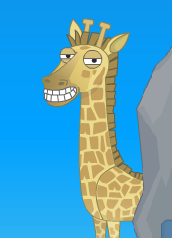 The biggest (and saddest) difference is the fact that Snagglemast Island has no medallion! Collecting the shards in Hub Island served the purpose of creating a whole medallion, but collecting the mega coins in Snagglemast Island just gives you credits. Getting more credits is nice, but earning a medallion at the end of an island is a Poptropica thing. Even Jim Probably on Reality TV: Wild Safari pointed this out! 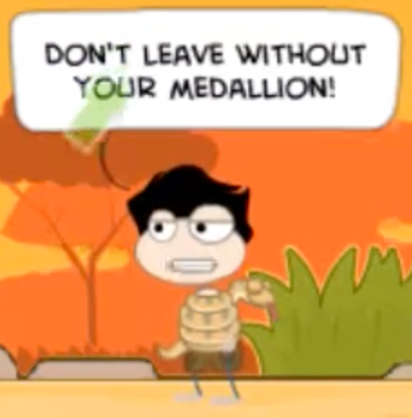 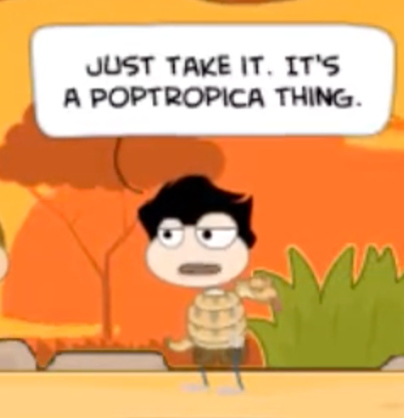 Those were some of the more interesting things we spotted in this new tutorial. What did you think of these differences? In your opinion, is Snagglemast Island better or worse than Hub Island? Share your thoughts in the comments below!

The new island is here, and it’s called Reality TV: Wild Safari! Yes, there are similarities with the original Reality TV Island released in 2010—but it’s also its own island in other ways. We’ll cover more in a future review post.

Right now, you won’t find RTV 2 on the island map, but it’s completely playable on CoolMathGames.com. You don’t even need a membership to play!

Promo screens on Poptropica and on social media are calling it a “preview,” suggesting there’s more to come — but as far as we can tell, the whole island is already on CoolMathGames. After all, you even get an island medallion at the end. Suppose we’ll find out when the island releases on Poptropica!

This spin-off island is a quick one, and here on the PHB, our Reality TV: Wild Safari Island Guide is already ready for your perusal. If anything, there is some interesting trivia to uncover about some of this island’s inhabitants!

Check out Reality TV: Wild Safari Island on CoolMathGames.com and let us know what you think in the comments!

Hey, Poptropicans! This is Gentle Dolphin here with the latest Poptropica news!

Last week, the Creators announced that a new island is on its way, and now they decided to share two more behind-the-scenes drawings on Instagram. 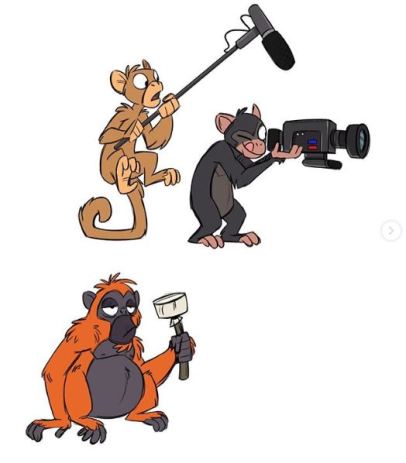 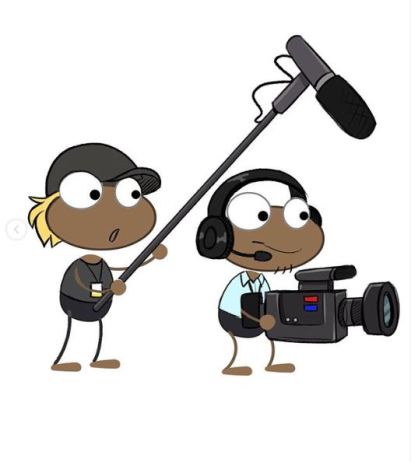 The first picture shows three primates holding various objects: a monkey with a microphone, a chimp with a camera, and an orangutan with a drum stick. The second photo shows two Poptropicans who seem to be part of a film crew, since they have a microphone and a camera (which look similar to the ones owned by the primates from the first picture).

Fans on Instagram are already speculating what this new island will be about; some notable theories include wildlife documentaries and animal transformations. A couple people have joked about this island possibly being a sequel to a previous island, proposing titles such as “Monkey Wrench 2: Electric Boogaloo” and “Back Lot Island 2: Monkey Business”. Funny thing is, they may not be far off with the sequel idea…

Poptropica glitcher idk dug into some files and found that the island is looking like it will be a second season of Reality TV Island.

It’d be pretty cool to see a follow-up to another classic island (Greek Sea Odyssey, anyone?), but we’d certainly appreciate the Creators putting old school islands (including Reality TV Island) back on the maps of newer players. (If you aren’t able to access older islands like RTV, try updating Flash and/or playing on a different web browser or computer.)

Speaking of membership, July’s member gifts are making a splash with some beach-themed items: a unicorn floatie, a surfer outfit, and a shark hat. Active members will automatically receive these gifts any time they log in during the month of July, so act fast! 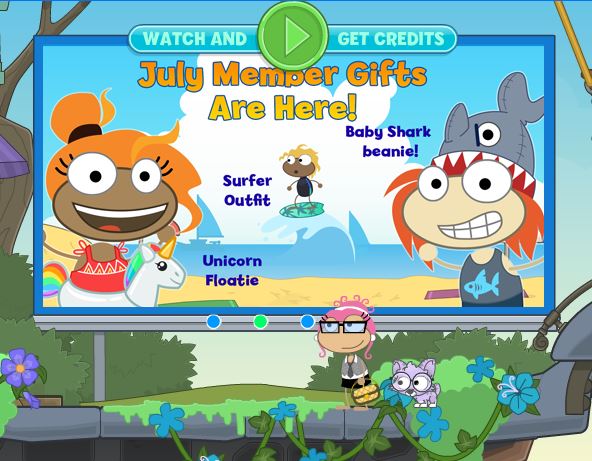 July is looking to be a great month for members. Not only do members get exclusive monthly member gifts, but they also get early access to brand new islands! If you’re interested in getting these cool perks and more, look into purchasing a membership.

That’s all for now! What do you think this upcoming island will be about? What do you think of these member gifts? Leave your thoughts in the comments below! Stay tuned to the Poptropica Help Blog for more Pop news, and be on the lookout for upcoming events here on the PHB. 😉

A few weeks ago, Blue Tooth wrote a cryptic post that hinted at the possibility of an upcoming island. We waited with bated breath for any news about a potential new island. Now, Poptropica has just confirmed what we’ve been hoping for: A new island will be released this summer!!!

As of this point, we don’t know what this island will be about. All we have to go off of is this cheetah run cycle. In their post over on the Creator’s Blog, you’ll also find a photo containing references for this speedy cat. It’s super cool seeing these drawings come to life through the power of animation!

So far, fan feedback has been super positive. Many fans have been itching to go on a new adventure after what seems like forever. Soon, we’ll be able to travel to a new world and experience an original story, just like the good old days!

So, will the new island be on Poptropica Worlds or Original? Instagram user djf1107 posed the question, and the Creators confirmed with “Pop babeeyyy”: the island will be released on Poptropica Original.

Although it’s nice to see a new island on Pop Original, it’s pretty sad to hear that Pop Worlds isn’t being updated after all this time. This bittersweet statement opens a lot of questions regarding the future of Pop Worlds. Only time will tell what happens to it…

Anyway, are you excited for this upcoming island? What do you think it will be about? Share your thoughts in the comments below! We’ll be on the lookout for any new information about this mystery island, so stay tuned!

Hey, Poptropicans! What have we here?

Blue Tooth just posted a picture of herself on the Poptropica blimp, scanning the skies with binoculars in hand. Her words are few, but just enough to hint at a possibility we’ve all been waiting for: a new island??

The Instagram version of Poptropica’s post includes another clue: the caption, “What’s on the horizon??” is followed by an emoji of an island. 🏝 And already, Poptropicans are commenting on the post hoping for just that.

It’s been a long time since Poptropica has seen a new island—the last one was Greek Sea Odyssey on Poptropica Worlds, which was released in February 2018, more than a year ago. The wait for a new island has never been longer, and Poptropicans are still holding onto the hope of another island adventure, just like old times. Could it finally be happening?

What do you think is on the horizon for the summer? What would you like to see on a new Poptropica island? Sound off in the comments, and as always, stay popping, Poptropicans!