Hey Poptropicans! Here’s the latest on what’s up in the Poptropica community –

First, there’s a new promo code for a not-so-new item: enter POPANYWHERE in the Store online to get a free Poptropica App Tablet/Phone!

Meanwhile, PoptropiCon Ep. 3 has been released to the Android app. 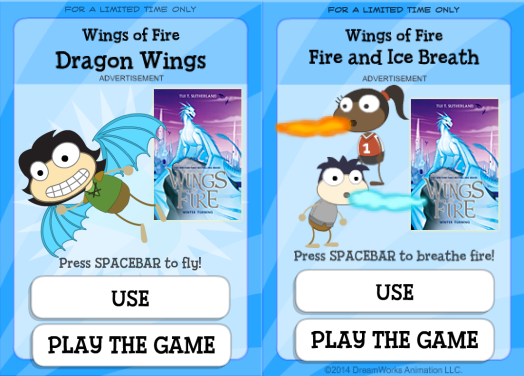 Poptropica has also posted another Popstorm: #32, titled “Land of Mullets”.

The PHB’s unofficial Poptropica Creators Database was recently updated to re-organize the information we had, making it more readable and adding new relevant information. While there is some speculation in there, Poptropica has commented that telling us what’s right and what’s not would take the fun out of it, and that we should “embrace the mystery”! 😛 Check out the updated database!

Finally, if you haven’t already, go check out the latest issue of The POPCORN, our pop-pop-Poptropica fan magazine made by fans, for fans! For the first time ever, it’s available in PDF format, which means a better viewing experience. We would love to have your entries for the magazine (stories! fan art! and more!). If you’re interested, you’ll find instructions on how to send things in on our Magazines page – where you can also enjoy past issues of The POPCORN.

Hey Poptropicans! It’s here – the ability to share your own Realms and visit (and rate) the Realms of others! Sharing is for members only, but all players can check out the “Public Realms” and give likes. 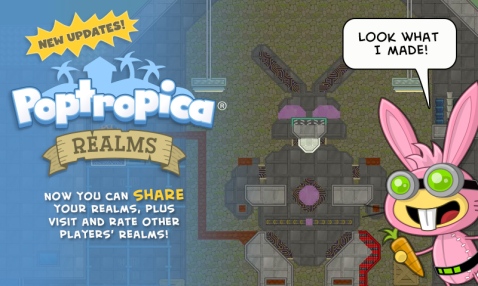 To share a Realm, visit the Realms menu (the bubble in the lower-left corner) and select the Realm you’d like to share, then click the “Share” button (remember, only members can do this). Once you do, it’ll be sent to the Creators for approval, and as long as there’s nothing inappropriate, it’ll be visible to the public shortly.

When it’s approved, you’ll see a Realm code in the Realms menu that you can tell people about so they can check it out. But everyone can visit other people’s Realms – just navigate over to the menu in the top-left and click the dropdown button for “Public Realms”. You can also enter a Realms code, if you know a specific one you want to visit. If you’d like, you are welcome to share your Realm code(s) in the comments here or on our Realms guide for people to check out your creation! 🙂

In the Public Realm-o-sphere, you can browse through the worlds made by members who’ve shared their Realms, give likes, and click “See More” for even more. You might even spot Poptropica Creator Black Widow’s Spider Web lava-land (and pool, if you go right)! (code: 9j548)

And Dr. Hare’s The Lair (code: 95b7p) is a brilliant re-creation of the entire factory on 24 Carrot Island, from the dilapidated exterior down to the Rabbot room at the very end. 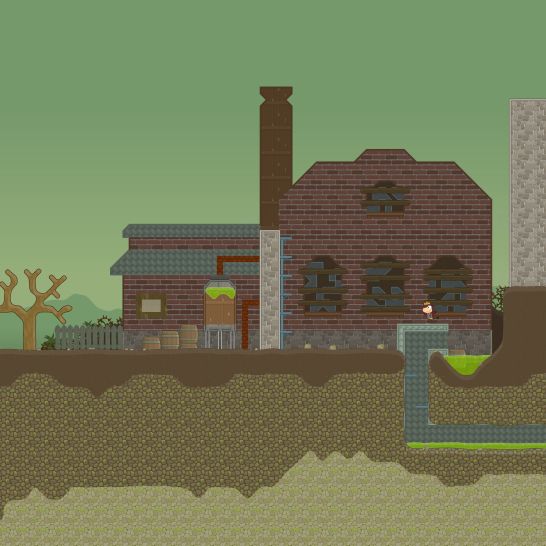 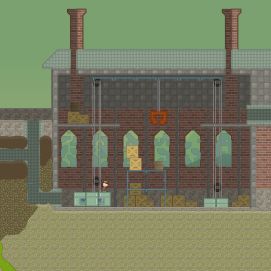 Even Master Mime made a little something, a cactus dragon which he calls the Boa Hiyemthoum (code: 8c4yx). Does it look a little like his latest Popstorm drawing (#31, “Pups for sale!”)?

Captain Crawfish also made a video explaining the new features, which you can watch here: https://www.youtube.com/watch?t=154&v=hcBkKbDoNqI Also, as you may notice, the Star Wars Rebels Lightsaber promotion has now ended. For more Realms tips, and if you’d like to comment your Realms code, check out our Poptropica Realms Guide. One last Realms-related note: HPuterpop took the liberty of extracting these beautiful backgrounds from the Realms menus, which you can enjoy here – the images can also be tiled!

On a different note, get ready for Arabian Nights, Ep. 3: Careful What You Wish For, which is expected to be released in July, and keep checking the PHB for news and sneak peeks. There’s a banner up on the homepage now. Djinn see that coming, did you?

Hey Poptropicans! As you may recall from recent news, Poptropica is no longer owned by Pearson, but for those of you with an even keener eye, you may notice the copyright adorning the bottom of the homepage now being accredited to Sandbox Networks.

You can read more about the Sandbox acquisition in this article. Family Education Network, formerly a division of Pearson, was recently sold to this London, UK-based company, and along with it went Poptropica. Both the leaders of Sandbox and Poptropica seem positive about this change, so here’s hoping this’ll make Poptropica bigger and better in due time! 🙂

In fact, the article mentions a quote from Jeff Kinney revealing that “…we’ll be seeing the stories and characters from FEN brought to life on the big screen.” And this tweet from Poptropica confirms that they are indeed working on an animated show – the question now is “when?”

@Andrestushhog Yes! Question is "when?" Got talent, scripts, powerful youtube channel, ideas. Need a partner 'cause of costs. Busy courting.

On a different note, here are a couple of Popstorm illustrations that have recently popped up:

Also, Captain Crawfish has posted a new Remarkable Realms video on the official blog, which you can check out below. This one showcases a waterpark made by Fast Lizard – and better yet, a comment made by the Creators on the video assures us that we’ll soon get to share our Realms with each other: “by end of June, we hope to have function that allows users to share on their own”.

And, just in case you haven’t been keeping up with our Twitter timeline (either on the sidebar of the PHB or by following us), here are some tweeted tidbits that may be of interest:

That’s all for this post, but be sure to catch up below for news on the Poptropica Hall of Fame, new Poptropica-comics-based games on the mobile app, and more. Stay popping, Poptropicans! 😉

Heyyo Poptropicans, it’s Ultimate iPad Expert here! Lots of news is out and I am here to give it to you.

Mystery of the Map Island official announcement and tour page

First of all, the highlight of the post (unless you’re into Butt Kites): Mystery of the Map Island has been officially announced on the Creators’ Blog! It is to be released for members on Thursday, May 21.

There’s also a non-members clothing item released for the island, so head down to the Poptropica Store and get yourself a Viking Shield. Also, if you’re a member, you can pick up the “Island Wildlife – Pig” and “Island Wildlife – Dodo” costumes. (Update: They should be accessible now!) 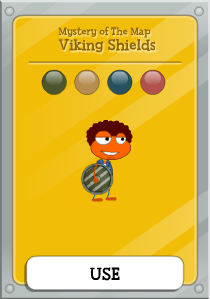 Along with the Creators’ post, the Mystery of the Map Island tour page is up as well! There’s a new trailer for the island:

A lost Viking settlement… an island unstuck in time… a magical map with power beyond understanding… and a devious plot that could unravel the very fabric of Poptropica! Join Mya, Oliver, and Jorge for a thrilling new adventure that lifts the veil from the greatest secret of all: the origin of Poptropica!

Along with that, there are plenty of scenery sneak peeks, as well as the wallpaper: 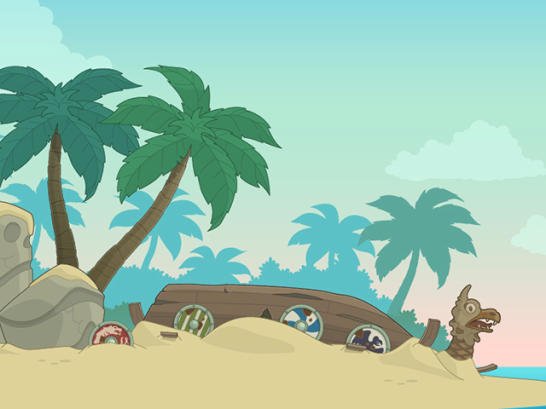 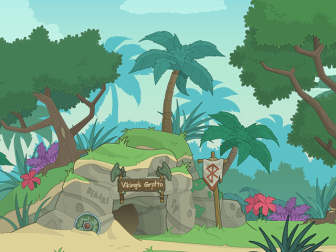 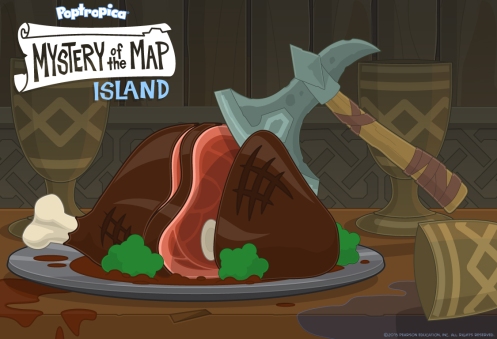 A whole lot of new MOTM Island stuff! I’m quite interested to hear how the island will be and how it will differentiate from the comics. Hopefully it’ll be a great island and I’m looking forward to how it goes! Check out the PHB’s Mystery of the Map Island page for trivia and discussion. 🙂

Poptropica is no longer owned by Pearson

Next in today’s news comes from the Poptropica official Twitter, on which it was revealed that Poptropica isn’t owned by Pearson Education anymore.

@ishperson2580 Pearson used to own us, but not anymore. 🙂

Under further questioning from our very own HPuterpop, the following was said:

@anddrewwiles @ishperson2580 It's a recent change. Lots of transition. Will likely see Pearson references for another three months.

It’s somewhat said to see Pearson is no longer involved considering they were likely Poptropica’s main funding. But, I’m glad that Poptropica now has the freedom to take liberties for whatever they’d like. Hopefully, this change will be for the good, bringing forth many new islands! 😀

This new Remarkable Realms was released on the Creators’ Blog recently! This one is a cabin-like house with a secret panic room.

Just wanted to throw in this post that there is a new button in the SUI menu.

It simply takes this prompt and brings you directly to Realms. A fairly helpful tool for us to use!

Now to finish this post off on an extremely weird note (or a high note, if you’re into this kind of thing). New ad items have shown up on Poptropican for a book called The Worst Class Trip Ever by Dave Barry. Items include the Butt Kite and Alligator Tag-Along. You can see them below: 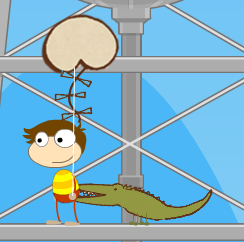 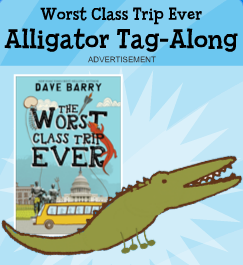 Really kind of strange to me that these are on Poptropica, but I digress.

What do you think of all of this? Feel free to comment your thoughts below!

Hey Poptropicans! First of all, a reminder that PoptropiCon Ep. 3: Reign of Omegon releases to everyone this coming Thursday, April 16th. This final episode had quite some celebration here last week as the subject of our April Fool’s prank. Plus, check out our Behind-the-Scenes post for some sneak peeks, or Sam’s review for an overview!

There hasn’t been a whole lot of other official news besides Mystery of the Map pages, of which you can read the entire collection thus far on our Comics page. And, if you’ve been keeping up on our Twitter timeline (via the sidebar or by following us on Twitter), you may have seen a few new Popstorms, which are posted from Master Mime’s Pinterest.

Anyone and everyone is welcome to create a Wikia account and get editing – writing up information, inserting pictures, and more. (Protip: If the ads bother you, just get AdBlock for your browser.)

So, how can you help?

We’re looking to create informative pages for each and every character, item, island (and to a lesser extent, scene – an area of an island). You can find a page simply by using the search bar at the top of the wiki, and if the page does not exist, you can create it!

From there, you can add in information that you think would be relevant and informative (including pictures), or perhaps fix up bad grammar if you spot any. Wiki editing comes with its own markup (notation you can use to produce various effects like bolding or linking to another page) – here’s a quick guide to a few basics that may help.

The Poptropica Wiki currently has 700+ articles, and we invite the community to join us in creating more. Have fun editing, and see you on the wiki! 🙂