Hey Poptropicans! Something’s popping, and you don’t want to get lost on this expedition!

Remember a couple of weeks ago when we showed you guys some unreleased Poptropica Store items? Well, they’re here! And the best part: THEY’RE FREE! Thanks Creators! 🙂

In celebration of the recent release of the second Poptropica graphic novel, The Lost Expedition, Poptropica has released seven awesome items that you can pick up for free at the Store: Amazonian Woman, Loon’s Head Cane, Secret Society Trooper, Shakespeare in Love, Stun Baton, Terror Captain, and White Out. They’re not going to be around forever, so get them while they last! 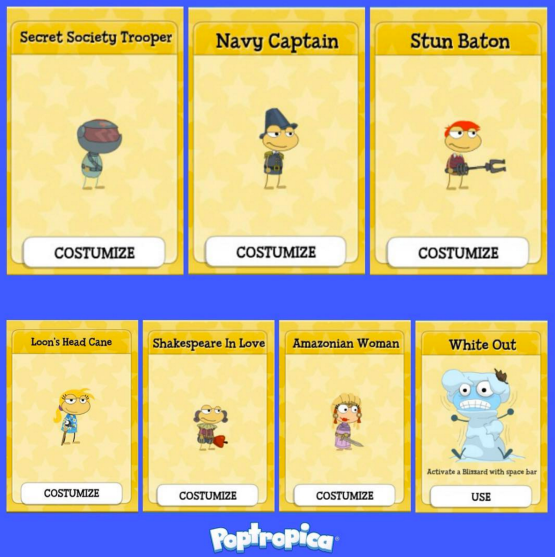 What are these strange characters and powers all about? That’s what the new graphic novel, The Lost Expedition, can answer – and at least one PHB author (Brave Tomato) has already taken a look at the book and can definitely recommend it for all Poptropicans!

So… Quick! To the bookstore! Poptropica recently shared this drawing on social media, which they say was made by a Poptropica Creator on a whiteboard at Poptropica’s headquarters. 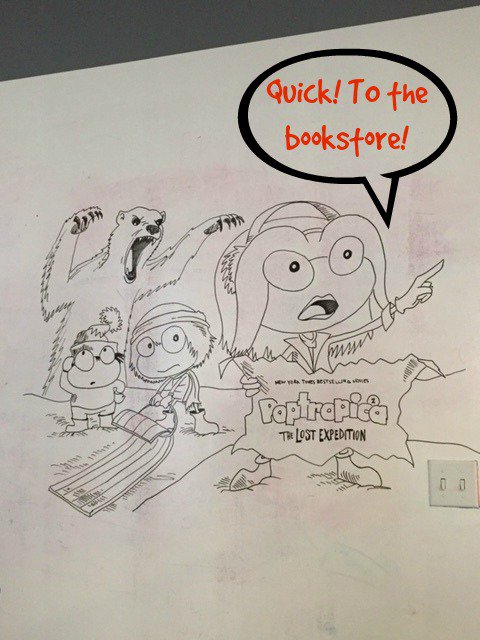 Anyway, be sure to pick up your new Store freebies and buy the new graphic novel to support Poptropica if you haven’t already! Keep on poppin’ on, Poptropicans!

Hey guys, my name is Brave Tomato, and this set of news is not just some ordinary wheel or fancy pair of sneaker-related news for once. This will be interesting… as long as you’re a fan of the Poptropica graphic novel series.

Let’s start off about Book 2, The Lost Expedition, which will come out for the world August 16th. After over a year of not hearing from them, Oliver, Mya, and Jorge are back for a brand new adventure in the world of Poptropica.

The novel will be written by Mitch Krpata (I’ll get more into him later) and illustrated yet again by Kory Merrit. If you need a reminder, the summary is as follows, according to the Barnes and Noble page:

In book two,The Lost Expedition, Oliver, Mya, and Jorge continue their search for home, with a few hilarious stops along the way. As the friends set sail for new sights, they find the evil Octavian is still hot on their trail, and he’s determined to get his hands on their magical map. To make matters worse, a mysterious organization is keen on expelling the three friends from Poptropica. As the pals travel, they find that each island is filled with its own unique brand of peril, and the mystery surrounding the map and Poptropica itself begins to unfold. Will our trio be able to once again outfox Octavian and discover the identity of this secret society?

So with that up ahead, of course it’s going to get some minor coverage. This news article by the MetroWest Daily News may seem like an ordinary news article showing off the graphic novel, but if you look into it deeper, you’ll find not just the standard summary. The news article confirms that the Poptropica graphic novel series is on a four-book deal. It also says that Mystery of the Map will the only one of the four that’s written by a different person (Galactic Hot Dogs author Max Brailler) and Mitch Krpata will write out the rest of the series.

There are also some interesting quotes said by the man himself in the article. He describes The Lost Expedition as a novel that would teach about “accepting the responsibility” of a leadership role, as well as mixing in the more action packed parts of the books. He had been with Poptropica since its beginnings in 2007, calling the franchise his “life’s work” and he desires it to “survive and outlast [him]”. Check out the article here if you’d like to read about his inspirations and other information.

However, strangely enough, the news article itself isn’t the biggest plot twist of this post. It’s the video that should be drawn attention to as well. It’s only 28 seconds long, but it’s not entirely about the content- it’s about what you hear. (Although at the end of the video, it does show a preview of one of the pages.) You can find it on the news article, so take a good listen to how Mitch sounds.

Sound familiar? Well, if you don’t hear it, Mitch here sounds quite a lot like our favorite blogging and YouTubing pirate, Captain Crawfish! For reference, here’s one of his videos.

Captain Crawfish’s identity had been a major secret for years, and now that the identity has practically been revealed to us, we have yet another mystery off our backs. All those years of crawfish-nomming jokes have been worth it. (And thank you so much for shouting out to me on the Reign of Omegon walkthrough!)

Now, let’s get into the future here, because, everyone, I found the title, cover, release date, and summary of the third Poptropica graphic novel.

*Warning: There might be potential Book 2 spoilers ahead, especially in the summary, so tread carefully.*

END_OF_DOCUMENT_TOKEN_TO_BE_REPLACED

Before we get into the Poptropica news, there’s a quick announcement I’d like to make – over the next couple of days, as we prepare for something, there may be (temporary) difficulties in loading our site – if this happens, please use our poptropica.wordpress.com URL instead. Thanks for your patience!

Anyway, let’s pop in to see what’s new on Poptropica! There’s currently a new ad on Main Streets for the upcoming movie Nine Lives, and in it you can watch a trailer and play a game where you have to run away from this cat, Mr. Fuzzypants, who’s chasing you. 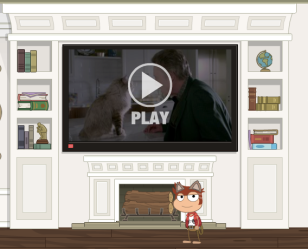 At the end, a cat whisperer takes care of Mr. Fuzzypants, and you’ll win a Mr. Fuzzypants Follower and Cake Toss power (press spacebar to shoot cakes on other Poptropicans). Also, after the mini-game, your Poptropican will have cat ears that only show up in the Nine Lives ad room. (Thanks to Friendly Foot for the update and Koi and Yujo for the ad pictures below!) 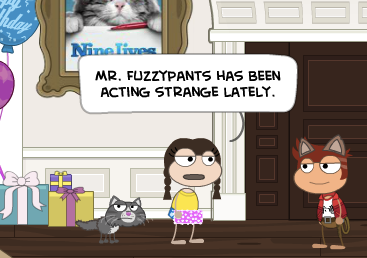 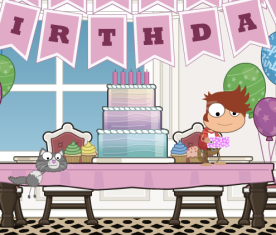 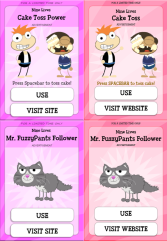 Over on Home Island, the Mystery of the Map Photo Booth from before has returned, this time to encourage sales instead of pre-orders! (See this PHB post for more about this Photo Booth!) 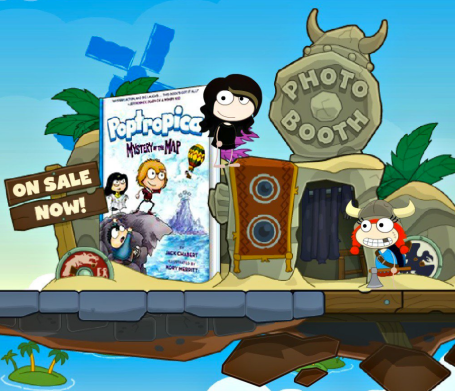 In other news, it looks like Poptropica – well, its graphic novel series at least – has a spot in the 2016 San Diego Comic-Con! (If any PHB readers are going, let us know!)

According to this publisher’s tweet, Mitch Krpata, Pop Creator and author of Poptropica: The Lost Expedition (the second Pop graphic novel after Mystery of the Map), will be at SDCC’s Booth #1216, where you can get a copy of the book before it’s officially released on August 16th.

Lastly, voting for the 2016 Poppies is now closed. Stay tuned to the PHB for details about the Poppies party and livestream, coming soon! 🙂

We have some real-life updates today, starting with Monkey Wrench! Good news for Android users, because it’s finally released on Android devices (and recently iOS)! If you need a guide on the island, check it out here! 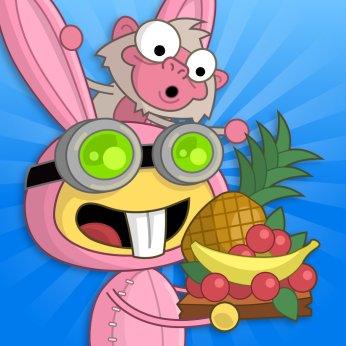 We also have great news! The  Mystery of the Map graphic novel was added to the list of New York Times’ bestsellers! It was recently ranked  4th on the list, but when I checked it again, it is now placed 5th. Congratulations to Kory and Jack Chabert! Buy the graphic novel here or read BT’s analysis here!

A huge thanks to all of the @Poptropica fans who helped make #MysteryOfTheMap a @nytimes bestseller (4/10 list)! pic.twitter.com/WpByJh1AJw

Some players are experiencing some difficulties in the newly-reopened Red Dragon Island. Is Red Dragon a prank all along? Well, the answer is no. Well, you could try clearing your cache or try playing on a different browser. If it doesn’t work, try to email Poptropica about it.

…and that concludes today’s updates! What do you think? Leave a comment!

Hey guys, my name is Brave Tomato, and I’m here with a very special post. 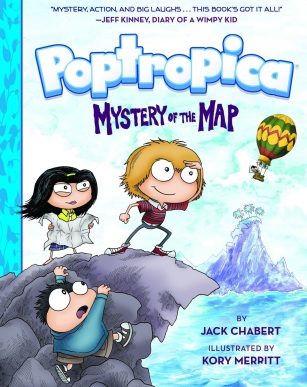 Remember when I told you all that I was going to get the print version of Mystery of the Map’s graphic novel in my post about when it was just released? Well, I had gotten it and re-read it a few weeks ago. In case you’re wondering why I waited so long to tell you guys about this novel, it’s because I wanted to give a fair shot to the novel’s sales. After all, the novel is a source of revenue for the Creators, and money is needed to fund the game.

This post is here to highlight the differences between the original online version that was posted last year, and the newly updated printed version. I’ll tell you right off the bat that the plot is the same as well as the circumstances. However, there are a few differences that sometimes enhance or affect the graphic novel in other ways.

Be wary of spoilers ahead! If you haven’t bought the book, yet are able to, I recommend you buy it for yourself – it’ll support the Creators!