Poptropica gave to me, two coloured elves and one island ‘First Steps’ sneak peek.
(Ain’t we all just good singers!)

Walmart Ad
Today Poptropica brought out another ad with two elves, a green and red one. Looks like Codien was right 😛 .
If you talk to the elves they will give you a ‘Walmart Wish List”.

Similar to the Wall-E one.

The traveling ad with elves can be found on all islands.

The only question is: Will they make a Santa?

First Steps
On the Poptropica Creators Blog, they have posted another ‘Sneak Peek’. 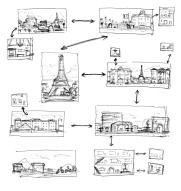 This time it’s about how they design a new island.
Maybe Poptropica are also giving us a sneak peek of an island they may be working on. By the looks of the image it might be a “French Theme’.
But it might be just a prototype.

Down For Maintenance?
Earlier today, something strange had happened – when people tried to play Poptropica, they saw a Down For Maintenance sign as soon as they’d enter Poptropica.com and couldn’t access anything, although the Creators’ Blog was still working. Here’s what it looked like:

END_OF_DOCUMENT_TOKEN_TO_BE_REPLACED 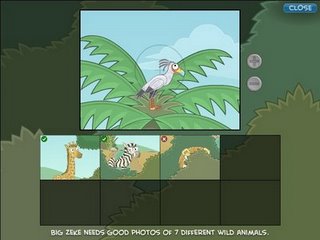 The final piece of news is that on different islands you can find next to any Main Street a Wal-Mart wishlist making thing. It redirects you to another site when you click. See it below:

Also, we have gotten a new winter-themed header! Pretty spiffy! Thanks Codien! 😀

Sorry for this uber long post, but just one more thing: we reached 140,000 hits and we’re nearing 150,000 hits! Yay! *obligatory handing out of delicious cookies initiate* We appreciate every one of you! Thanks so much guys and gals! Smockers signing out!