Now, at this point, you may be super confused, but that’s perfectly fine because it will all soon be clear! 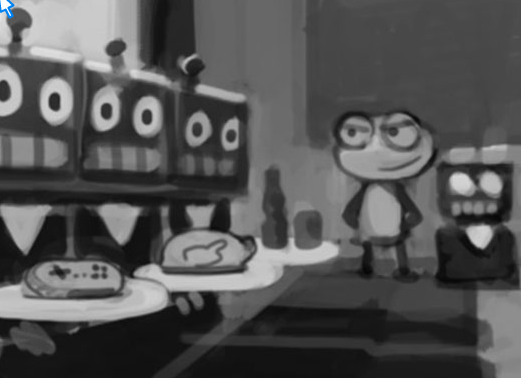 The second image we have shows a bookshelf, most likely for Arabian Nights Island. 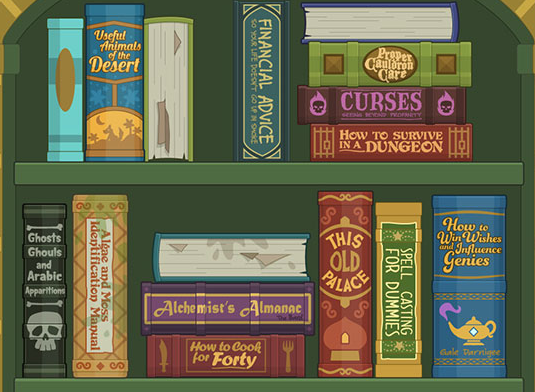 A lot of these books seem like they would come in handy! These BTS pictures are also found on Poptropica as Daily Pops.

Last, but not least, we get a glimpse at life in a Poptropica Creator’s office. 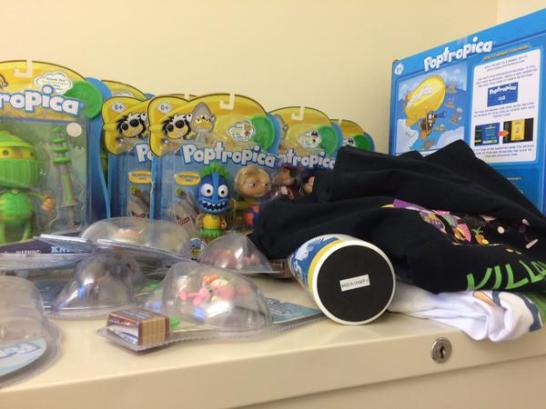 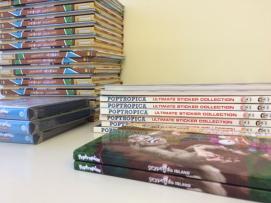 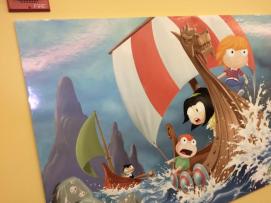 So. Many. Collectibles. Creators, if you’re reading this, I wouldn’t mind taking a few toys off your hands. 😉 Looking around, we can see t-shirts of Poptropica’s greatest super villains, a cylindrical object beside it (a Poptropica pencil case? Hard to tell!) and a Mystery of the Map poster drawn in the style of the Poptropica book covers.

Well, that’s it for now guys! Anything on the checklist that I missed? Don’t worry, check back into the PHB soon for more updates! 🙂 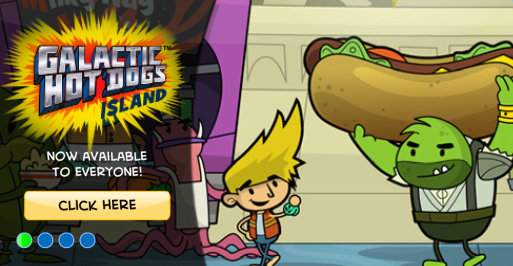 Remember, if you’re having trouble, be sure to check out the PHB’s Galactic Hot Dogs Island Guide (our written walkthrough, with pictures) for help.

If you prefer a video walkthrough, the Poptropica Creators have their very own official GHD Island Walkthrough.

Enjoy the adventure if you haven’t already. 🙂

Hey everyone, and welcome back to our BTS Overview & Theory series! This time, we’ll be covering Galactic Hot Dogs Island, written by myself (Spotted Dragon), Samwow5, and HPuterpop. Be sure to check out the last BTS post, which was for Arabian Nights, Episode 2: Lair of Thieves.

WARNING: SPOILERS BELOW (but that’s what you want, isn’t it?)

Since there have been so many Daily Pop sneak peeks for GHD Island, we won’t list them all here, but we have listed some below. Be sure to check out our Daily Pop Sneak Peek Archive page to see them all! Remember to click on the images to enlarge them.

Let’s start out with items. Below are all the items that will be used in the quest, or at least all that we could find. They include an egg, fuel cell, fruit, gelatin salad, giant spoon, guano, map-o-sphere, the island medal, and a seed pod. What most of these items will be used for, we aren’t entirely sure, but we might be able to piece everything together later on in the post.

Pretty cool items, huh? Now let’s focus on scenes and dialog. Below we have included all the important scene designs for the island. 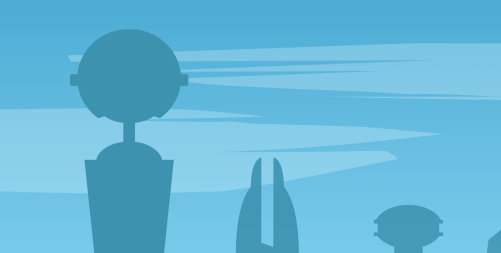 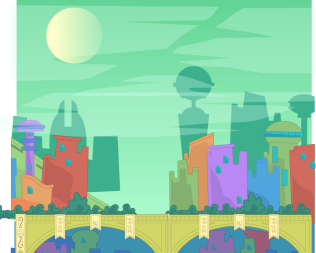 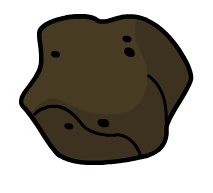 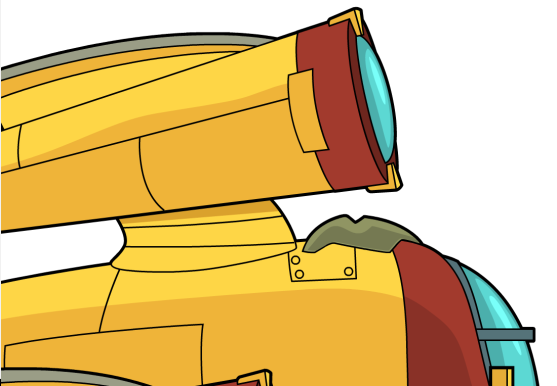 Again, pretty cool, huh? The designs are a perfect mix of Poptropica and Galactic Hot Dogs. 🙂 We have the layout of the island down, but what about its storyline? Below we have put together all the important pieces of dialog and other text. Again, click to enlarge. 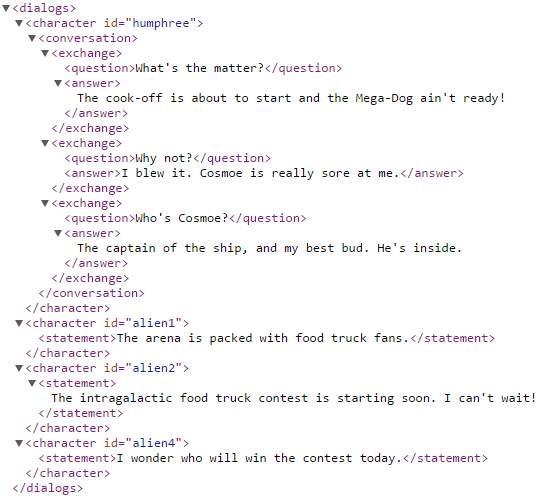 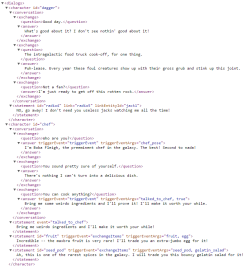 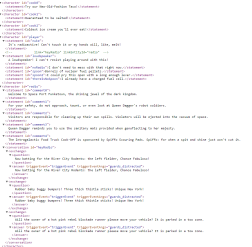 Judging by the text, we seem to start the island off in the Space Port, or at least start to meet the characters there. It also looks like we will help Cosmoe in a food truck contest among other things. We also found a major piece of music that will be used throughout the adventure. Click here to hear it! Before we wrap things up, since this island is based off something that is not Poptropica-related (Galactic Hot Dogs), there is of course going to be some sort of ad building for the franchise, like on Red Dragon Island (Magic Tree House), or Charlie and the Chocolate Factory. Those islands each have a building to promote the books. Below is an idea of what the GHD Store should have… in store for us. 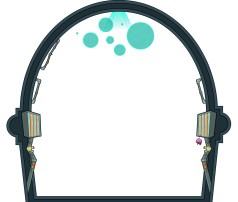 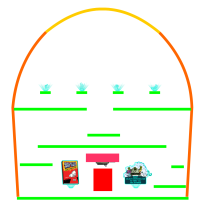 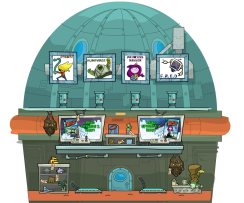 Other than getting a glimpse at the GHD series, it seems like we will be able to customize the characters’ costumes too, since there will be mannequins inside.

In Galactic Hot Dogs Island, we will meet Cosmoe and Humphree and try to help them win the food truck contest. Along the way, we’ll run into trouble and meet Princess Dagger. We will most likely have to go around the island trying to help them perfect their Mega Dog and perhaps somehow bring peace to the galaxy. In our travels aboard the Neon Wiener spaceship, we’ll explore exotic planets, battle Jack-robots, and maybe even get to enjoy a hot dog. Maybe.

Remember, Galactic Hot Dogs Island is coming out Thursday, January 29 for members! It releases to everyone three weeks later, on February 19. To infinity and beyond!

Hey guys! There’s a lot of Poptropica news to cover, so let’s get right into it. 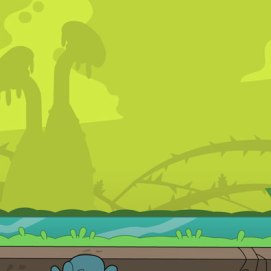 In Between: We can fill this with our imaginations. 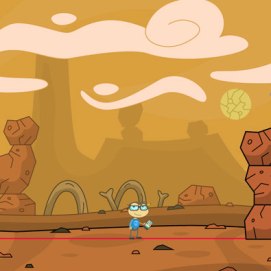 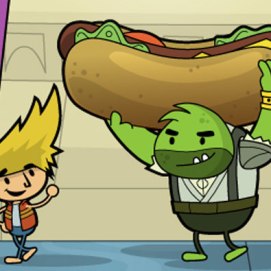 Mega: Coming soon to a desktop near you.

Second up, check out this awesome “bubble universe” sneak peek for Poptropica Realms! 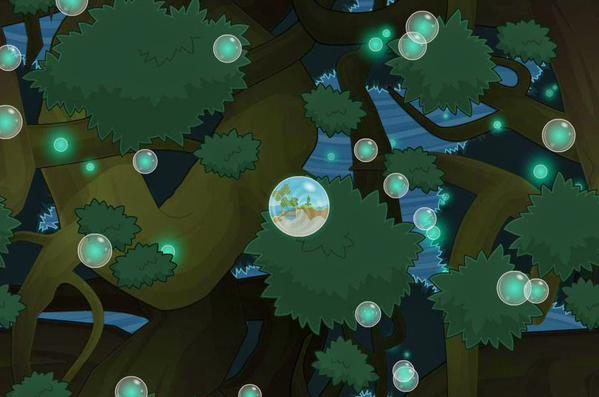 Third up, the Creators tweeted this cool layout of all the train carriages on Mystery Train Island – a glimpse into a planning stage of the past. Pretty interesting! 😛 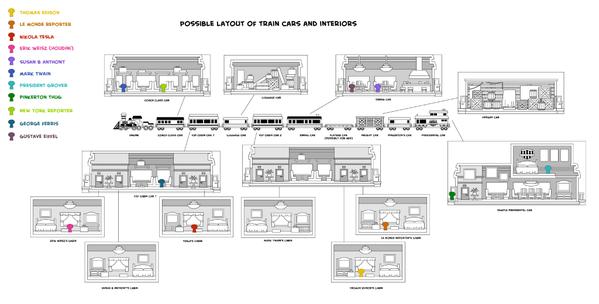 They also tweeted another PopStorm (#11) – this one is a bunch of little jumping jellybeans. Cute! :3

Lastly, PoptropiCon: Episode 2 (Spoiler Alert) is now available for iOS, and it’s free! The Creators tweeted this image along with it, which HP posted earlier as an unreleased carousel slide for the redesigned Poptropica layout, so although it’s not on the front page, it looks like it still served some purpose after all. 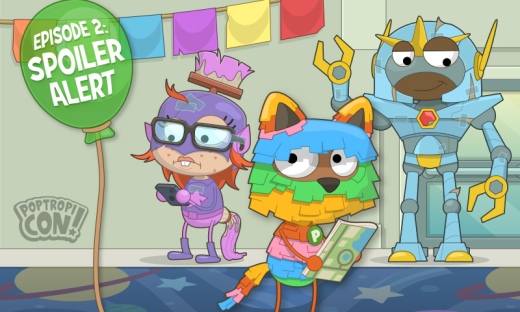 That’s it for this time around! 😀

Happy holidays from the PHB! It’s been a great year and being part of the PHB has been absolutely amazing. You guys really welcomed me and it’s just been really awesome. 😀

Of course, the Creators want to wish us a happy holiday too! 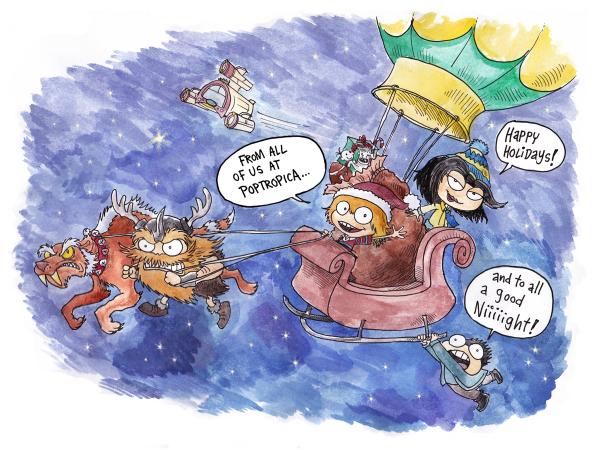 This is by Kory Merritt, the artist for the Poptropica comics. Hehehe, I love the Neon Wiener (Galactic Hot Dogs spaceship) in the background.

But that’s not all! Another Poptropica Creator, Dr. Lange, unexpectedly made a tribute to the PHB.

This is just the best way to top off the year. I love this so much!!! Thank you, Creators! 🙂

They also recently tweeted a couple more behind the scenes pics. First up, “a paused project….”

Well, it looks like a comic to promote an island, like the Virus Hunter: Pandemic Panic comic series from before. For what island, I’m not sure. However, it does look a bit like the abandoned geological park idea that surfaced in the Daily Pop in July 2013, around the same time sneak peeks for the underground cave island showed up. Could they be related? Will this ever be a complete island? 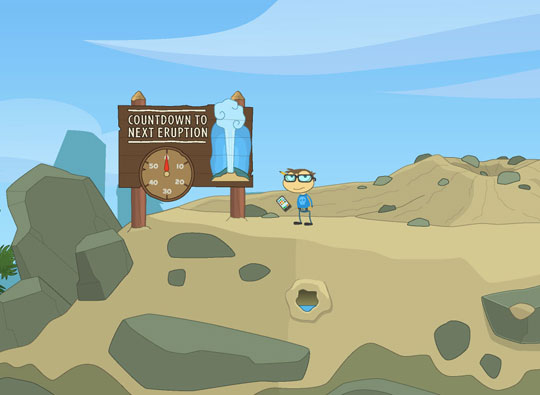 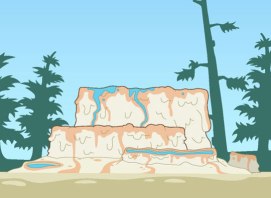 Rock of Ages: A very faithful bit of old geology. 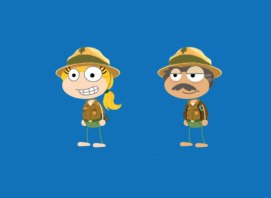 Range Rovers: The park is in capable hands. 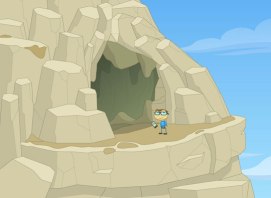 Mouth of Madness: Are you sure you want to step inside? 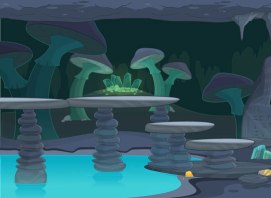 Pooled Resources: Value is in the eye of the beholder, of course. 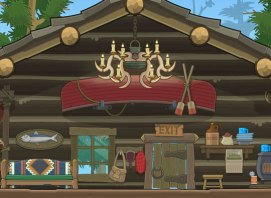 The Creators also shared this Poptropica Realms sneak peek (see below). The caption: “Just grabbed from a Poptropica Creator’s computer when she snuck out to do some shopping.”

I personally can’t wait for Poptropica Realms! 😛 In the meantime, members can still play with Poptropica Land – and if you need a guide, we’ve got one right here!

That’s it for now! Happy holidays everyone!