Some of you may have seen the Roman soldier on top of the tourist center on Shark Tooth Island, as mentioned in Sam’s post last week – but in case you missed the updates in that post, there’s more to the Shark Tooth shenanigans. If you go left of Main Street, you’ll find yourself on a small island with a wrecked ship in the background that definitely wasn’t there before. And that’s not all! Check out some of these other new places on other islands, also to the left of Main Street: 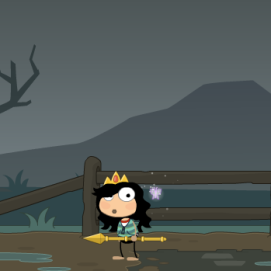 There’s a floating car on Night Watch, a smoldering crop circle on Astro-Knights, a barbed wire fence and some PASE boxes on Lunar Colony, and a plain wooden fence on Vampire’s Curse. Those seem to be all the ones so far, but do comment if you find another. 😛

All of these areas are pretty small, and they seem to serve no purpose as of now – my guess is that they might be used as ad spaces in the future, but who knows? Leave your thoughts in the comments! 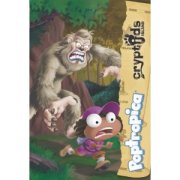 Amazon now lists four new titles of Poptropica books, which we can expect to see this year! The first two, Cryptids Island and Lunar Colony Island, are novels based on their online counterparts, and the cover art is already up! Look at that furry Bigfoot! He sure has some Bighands. Now let’s see the Jersey Devil. 😛

Island Creator Kit, which shows how an island gets created from scratch, sounds very promising – Creators, REVEAL YOUR SECRETS! And look, it’s written by Hades (Mitch). Lastly, Friends Handbook sounds like one to be shared with your best buds.

Read on for more info…  END_OF_DOCUMENT_TOKEN_TO_BE_REPLACED

Hey guys! As you probably know by now, Lunar Colony Island has been released for everyone. If you need help, check out the PHB’s written walkthrough, video playlist, map, discussion page, or chatroom.

The Poptropica Tour pages for all islands have been redecorated for the upcoming Super Villain Island, with dark edges and the main villains (Bard, Crawfish, Widow, and Hare) circled with blue lightning. 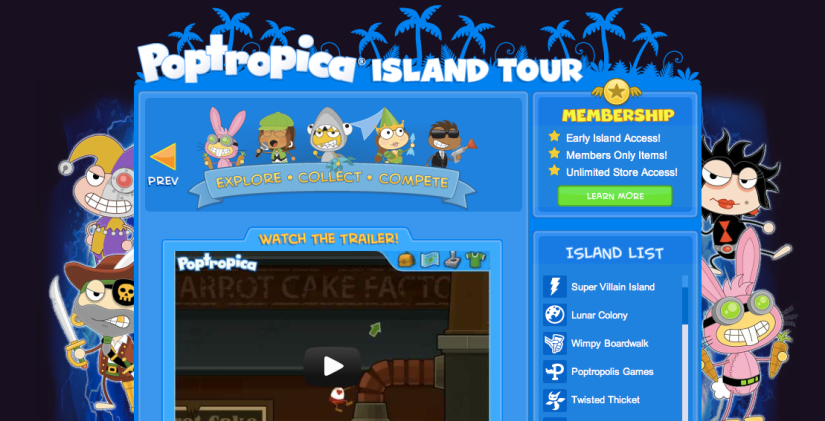 While you’re there, you may as well visit the tour page for Super Villain and pick up the island extras: the desktop wallpaper and printable poster. Looks like Super Villain’s going to be super epic! 😀

Because matchy titles are so fun to say. 😀

If you’ve played the new Lunar Colony Island, you may have seen this view of planet Poptropica from the moon. Turns out, the Creators had planned for it to look like a real photograph called “Earthrise,” from the Apollo 8 mission. Pretty cool! For more space pics from the Creators (“Blue Marble” and “Pale Blue Dot”) click here.

Lunar Colony will be available to everyone starting on Thursday, September 6th. Be warned, though: there’s only one week left to get the limited edition “Zaggy Moondust” costume from the Poptropica Store! Become a member to get exclusive LC Island items, including Moon Rock and Alien Archaeology powers, for free.

The tour page for Super Villain Island was released, which you can read about in Brave Tomato’s post here. The discussion page for SV Island is also up on the PHB here, so check that out as well!

EDIT: Some PHB readers have noticed that Super Villain will be Poptropica’s 30th island, just in time for Poptropica’s 5th birthday! Awesomesauce. 😀

In other news, don’t forget to enter our PHB 7 million hits contest for a chance to win a rare costume prize! You can read about and enter it here. Have a great week! 🙂

‘Cause guess what’s making an appearance! 😀

Four of Poptropica’s most vile, devious, and good-looking fiends will be returning in Super Villain Island.

What sort of evil schemes are they dreaming of? We’ll have a lot more information about Super Villain Island soon!

In the meantime, Poptropica’s newest Island, Lunar Colony, is available for Members to play! This is one of our favorites, and we hope you call enjoy it as much as we do. If you’re not a Member, you can still play a limited demo. Either way, visit Poptropica now to play! ~ Captain Crawfish

That’s right! The new island is called Super Villain Island! Kudos to those who figured it out! :3 The Island page isn’t up yet, but we’ll keep you updated!

Any ideas for what Dr. Hare, Black Widow, Captain Crawfish, and Binary Bard’s roles will be in the island? Tell us in the comments! 😀 BTW, anyone beat Lunar Colony yet? If you’re stuck, check out our guide! 🙂