(Hey guys! This is a guest post by TechWizard, who wants to tell us about Our Discovery Island being turned into an app. Let’s check out some of the new stuff! –Slippery 🐊)

Hoi Poptropicans! TechWizard here not with a developer post but with something completely different! *cue booing*

Oh, hold your boos. You’re going to either love or hate this because I’ve found Poptropica’s educational clone, Our Discovery Island… on mobile! *more booing*

The app contains few, but significant changes from the desktop version:

You can check out the game on Apple or Android devices by downloading it from the App Store or Google Play.

Hope you enjoyed this guest post by a PHB reader! The PHB welcomes guest posting from anyone in our community if you have something to share, whether it be sneak peeks, My Place in Poptropica stories, or any other ideas you might have. We also encourage sharing on our subreddit and the PHC.

Remember Our Discovery Island, or as some of us endearingly call it, Orange Poptropica? You can catch up on that discovery in this old PHB post.

Anyway, with the help of an amigo of mine with his popular screen name Yujo_Jacy (hey Yujo!), I will be comparing the similarities and differences between Our Discovery Island and Poptropica. Despite both games running the same engine, they’re vastly different worlds. Let’s take a look!

One difference between Our Discovery Island and Poptropica is that progress is recorded in a “Report Card” screen. So in a way, 8 Our Discovery Island Gold Stars are essentially one Gold Island Medallion in Poptropica. You receive a silver star after you complete the primary objective of each scene – and earn the gold star after receiving an item from a new NPC afterwards along with completing a hidden game in that area.

You also have to get all the gold stars for the reset button to work. (In Poptropica, you can reset your quest whenever you’d like!)

One thing you’ll notice for sure is that parachute jump is without a doubt Sky Dive, whilst hoops and star link have the same name. I won’t show all the ODI games, but here’s a glimpse of the game Match Card, where you match the picture with the word. I wonder why they felt the need to change that name, but keep Star Link. 😛

There is also a single player version found outside of the common room, and you click a random hidden location in a scene to start it. The timer is at around 80 seconds and you have to match every card before time is up in order to complete it.

The aesthetic is overall incredibly similar to Poptropica, but in my opinion, despite it looking similar, I really get different vibes, and the background scenery is a bit different.

There are also some animations that have never been seen in Poptropica, but seen in ODI – such as this UFO, and fishing on Ice Island. (Bet there was a huge brainstorm session going on at ODI dev for this island’s name, am I right?)

However, some animations are recycled from Poptropica, like this handcuff animation from Super Power Island.

*coughs *They seriously couldn’t make the handcuffs gray? Why would she need the super villain ones? *coughs some more* 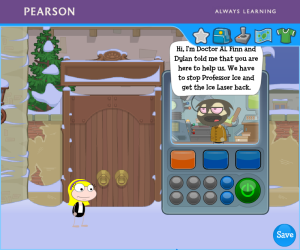 One thing you’ll notice about the dialogue is that normally in Poptropica, you have 3 questions you can usually ask said relevant character to the plot, and they answer. On ODI, it tends to be a pretty much everything you could possibly ask all smashed into one. Though, I do like it. 😀

Right before I conclude the post, I’m going to go a little back on ODI, to the creation of our ODIan. The names are pretty similar to Poptropica’s, but there are some new ones here. I didn’t compile an entire list, but here are some interesting mentions: 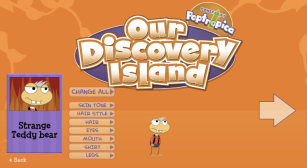 Now, back to the present. The island quests are very similar to Poptropica’s. Here’s an example. Space Island is about helping the inhabitants out with fixing the mess caused by the Space Tricksters, pictured above – their outfits are very similar to costume designs from Super Power Island, Astro-Knights Island, and even the Big Nate Island Scuba gear.

The Space Tricksters have powers of super speed, changing signs, discoloring environments, animating objects, and more mischief. (They also feature in a Poptropica English app called Phonic Tricksters, which is owned by Pearson, not so much Poptropica.)

Also, yes, the dialogue box is in a different font, but one also used in Poptropica. It is the same font for card descriptions: Billy Serif.

Future Island is about helping man named Zero Zendell fix what once went wrong. In his past, he kidnapped figures in history and placed them within exhibits of his museum. His request is for you to go back in time and prevent these kidnappings from happening.

The island’s concept is very similar to Time Tangled Island, with a museum as a hub world for each area. My friend Yujo couldn’t get screenshots since he only had access to this island for a short while, but he did create this amazing inventory card compilation for items from Future Island!

Also, doesn’t the baseball cap totally look like Dipper’s from Gravity Falls? 😀 I’m going to wrap this up with one more shocking game changer. (Yes, that is a pun, but also can be taken seriously!)

Poptropica is iconic for its blimp and map-clicking travel. ODI lacks both of these. Each account only has access to one island. 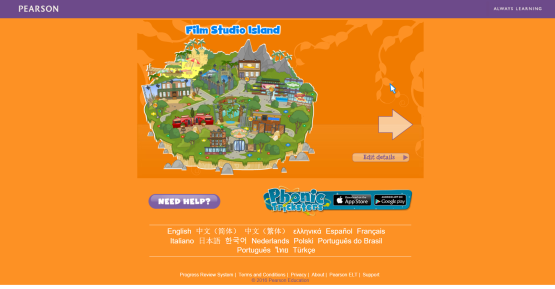 On the login screen, you literally only see one of the islands – no way to change it. Once you enter the island, you cannot return to the screen unless you log back in. The right arrow allows you to enter the island, and the edit details button is for your account info (your username and password).

Another flaw that Our Discovery Island has is that access to the island will expire after 2 years or so. Essentially, the account is useless after that unless you renew access.

Yujo also had this to add: “Our Discovery Island is actually quite enjoyable for something that borrows from another game’s engine. Both games have a certain charm to them – although I prefer Poptropica overall.

I wanted to take time to thank Yujo_Jacy personally for all the help. You’re absolutely awesome, thanks for helping me with this post to those who were curious about ODI and couldn’t access it. He really helped out a big deal with this post, and when he comments, I’d appreciate you all thanking him with me!

A while back, I posted about a new venture: Our Discovery Island – and online world using Poptropica’s engine. We now have way more info about what it has in store. Let me fill you in…

You definitely have to buy the books to easily access the islands – and it’s one island per book. The activity books include a DVD, activity sheets, and stories. The DVD contains cartoons – they’re not bad, either – including the same voice acting from the islands.

The islands are incredibly long – I went through Family Island and collected pictures for (hopefully) all the characters in the island. It turned out to be 90 characters – 90! A regular island on Poptropica has about 30!

And yes, I plan to document the game on the Poptropica Wiki. It may take some time. 😛 From what I learned, the background art in ODI is incredible – they don’t let the 2D boundary get in their way. They use 3D trickery to make the world seem much more immersive.

Oh, one more thing: Tropical Island held a surprise for me. While playing through the island, it showed a family tree, and what appeared to be Mordred from Astro-Knights Island! I’m not completely sure that this is canon, but it definitely showed Mordred’s parents! Sadly, I didn’t get a screenshot, but hopefully I will later.

What does this mean? Do these universes crossover? Tell me in the comments!

I made a discovery yesterday – something that may change everything. Actually, so much stuff has been going on lately that I’m sorta worried – school is starting soon!

I was searching through Amazon for ‘poptropica books’, as I do every once and a while. I’m super hopeful for the Mystery of the Map graphic novel! But instead, I found more of the ‘Poptropica English’ books – if you’re not aware of the first, it was called ‘Future Island‘ – I discovered it back in 2014. 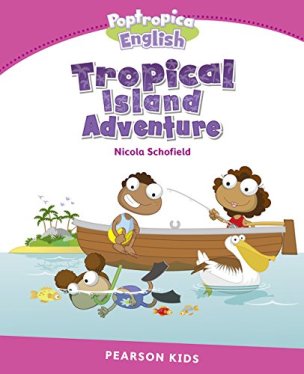 Digging further, I zoomed in on one of the backs of the books, and went to the site it directed to – pearsonelt.com/ourdiscoveryisland. This redirects to an intro to ‘Our Discovery Island: Powered by Poptropica’. Once in the site, I was shocked – this was what Pearson was up to? Apparently, ‘Poptropica English’ was a part of an educational class made by Pearson!

But there’s more. Going to ourdiscoveryisland.com, I was shocked – orange Poptropica! Trying to create a new player, it seemed you need an access code to get in.

So, I went to Chris Barney, a dev of Poptropica who I am in contact with. He told me that Poptropica contributed (not sold) its engine to Pearson, and that more of these “Poptropica clones” may be showing up soon.

The wording on the site made it seem like that they had created actual islands based on the books. Watching a few videos (FROM 2011?!), it showed these islands (they look like real islands, too!). Here’s the thing, though: these characters had actual audio voice acting!

In addition to that gameplay video, there are also animations for Our Discovery Island on YouTube – likely related to the “Poptropica animations” we’ve heard about before.

I wasn’t completely convinced, until my friend Pixel got into an account! They do have voice acting – and it isn’t half bad! And let me remind you that this is pre-SUI (still unsure about my cash-cow theory?).

There are a number of these islands, based on the books (so yes, one for Future Island too), each following the simplistic plot of the books.

Again, Chris said that there are more of these to come! I wonder what troubles this could cause…

Our Discovery Island is not easily accessible, and I’m probably going to have to buy the books to get in. However, it has the Poptropica name plastered all over it, and so it technically is official content. The Poptropica Wiki has got some work to do.

Also, it’s run by Pearson – could this be why Poptropica left?