Hey, everyone! September may be ending soon, but Poptropica’s 12th birthday celebration is still going strong! In addition to the free cake car costume, the Creators’ Blog is also celebrating with a special post highlighting some of the biggest moments from Poptropica’s early years.

This mini-retrospective post covers the first five years of Poptropica’s life (2007–2011). It’s interesting that they mention old islands that were recently taken away (though perhaps not permanently), and they even feature an ASG account! (Perhaps they’re okay with this aspect of glitching?)

We’ve shared their post below, but you can read the original on the Creators’ Blog. Without further ado, let the nostalgia begin:

Poptropica is officially TWELVE YEARS OLD! Can you believe it!? Here’s a look back at some of our favorite moments from the past twelve years!

2007: Poptropica was created by none other than Jeff Kinney, author of the Diary of a Wimpy Kid book series! Do you remember what the first island was? 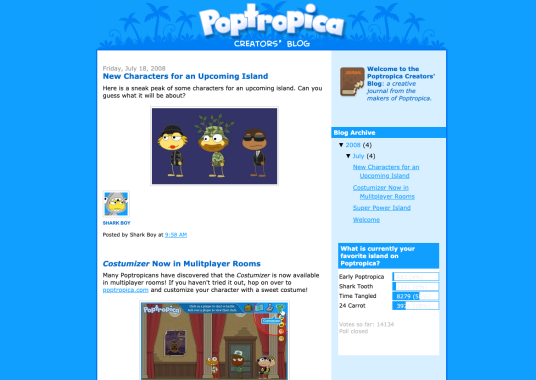 2008: The Poptropica Blog started! That’s right, we’ve been blogging about all things Poptropica since 2008! Also, some seriously stellar islands came out, including Nabooti Island and Spy Island!

2009: Multiverse and Avatar Studio. Did you know the clubhouses in today’s Poptropica use a lot of the same technology as Multiverse?

And good ol’ Poptropica Avatar Studio. It doesn’t work quite the way it used to, but you can still check it out HERE.

2010: Islands, islands, and more islands! Which of these islands was NOT released that year: Cryptids, 24 Carrot, Steamworks, Skullduggery, or Reality TV? 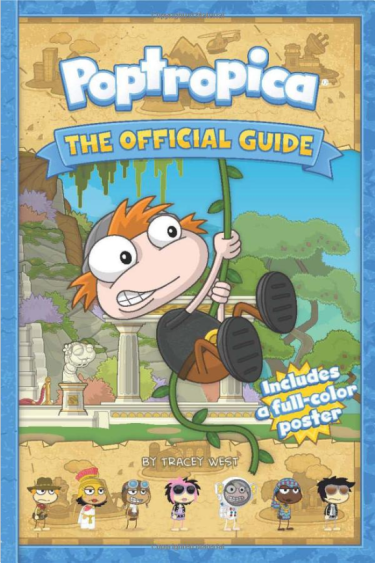 2011: Poptropica: The Official Guidebook was released! We also announced our first line of toys, were named one of the top 50 websites of the year, AND released a few more islands!

Phew! That was a really amazing first five years of Poptropica! Stay tuned for our next installment of Poptropica favorites. In the meantime, get on over to Poptropica to get your FREE 12th birthday gift!

A part 2 covering the rest is likely coming soon, based on the post’s ending. For a more in-depth look into Poptropica’s history, check out our Poptropica Yearbook posts here on the PHB!

In a recent “Bug Fix Friday” post, Blue Tooth made note of some recent updates to smooth out the gameplay experience. The chase scene from Arabian Nights: Episode 3 is working properly, and the game screen now shrinks to fit on mobile devices. Nice. 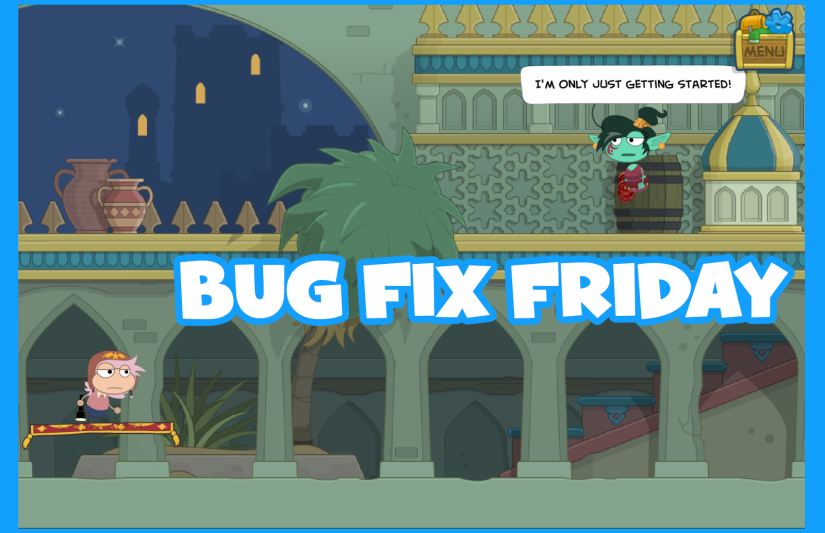 The end of this post tells readers to keep their eyes peeled for future updates. What kinds of updates do you think will be coming? Possibly the return of a beloved creepy island? Only time will tell…

1 thought on “Birthday blog and bugs be gone”