Attentive readers of the official Poptropica Creators’ Blog may have noticed something amiss lately: the newest posts are no longer being signed by Skinny Moon, the resident Poptropica social media manager of the past year and a half. In fact, they don’t have sign-offs at all. Take a look:

Based on the game screenshots in this month’s Creators’ Blog posts, what we can tell is that whoever is posting identifies as a light-skinned, yellow-haired male character. However, he has yet to formally introduce himself. So, the question remains: who dis?

Skinny Moon’s last Creators’ Blog post was on June 28, in which she posted a picture titled #WhereIsTheHare? Stay tuned to find out! Well, it’s not clear when we will ever find out… and since then, Mr. New Blogger has made three posts, starting from July 10. Still, we have no idea who’s taken over (yet). 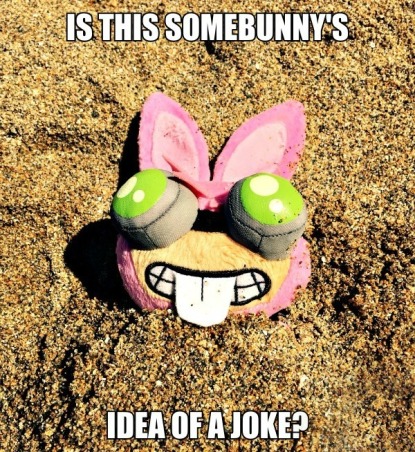 So, #WhereIsSkinnyMoon? Well, Skinny Moon is evidently no longer managing Poptropica’s social media. She did contact the PHB on her last week, in June, to inform us of her departure and changes with “new social media people” (implying more than one, though perhaps one is on the blog while others are on other channels). But she asked us to keep the information on the down-low until she’d made an official announcement.

However, as it has been three weeks and three blog posts without her since then, as well as a number of social media posts on their other channels made by the new people/person, we may as well call the conspicuous situation to light – with apologies to Skinny Moon for being the ones to break the news first. She says she’s “off to new adventures,” but hopes to “work with Poptropica again in the fall in some capacity.”

As for the new social media people – we hope you’ll introduce yourselves soon and get involved in the fan community, continuing Skinny Moon’s efforts with commenting on fan blogs, popping into Discord chat servers, and more!

What advice do you have for the new Poptropica social media people? Last words for Skinny Moon? Share your thoughts in the comments!

15 thoughts on “Who dis? Not Skinny Moon, who we sure miss…”