(Hey Poptropicans! This is a guest post by LillySparkle$, who also blogs with her friend Mia at Pop Blog. In this post, she’ll share a theory about an unknown character from a sneak peek! Please note that the thoughts below are imagined, and not to be taken as fact. Enjoy! –🐠)

Hello! I am Lilly, aka Maroon Jumper from the PopBlog, and I’ve got a theory about a character to share with you all. As you may recall, recently some new Pop Worlds-style preview pictures were added to the App Store description for the Poptropica app. This one, in particular, caught my eye:

There are many new characters here, as you can tell, but it’s the main guy – the largest one -who caught my eye. His overall appearance looks villainous, and he’s also completely new – never seen on Poptropica before (I asked around to make sure I hadn’t missed anything!).  He’s quite an intriguing character, so here are my thoughts on him:

Where is he from? Well, since he is so layered, and perhaps he got his scar from some tragic accident, my guess is that he came from the mines.

If you haven’t caught on, I’m referring to Crisis Caverns, an island rumored to appear on Poptropica Worlds. It was supposed to come to Poptropica in early 2015, but has since been cancelled.

Anyway, my theory is that this man – let’s just call him, uh, Scar (wow. creative.) – well, he was a miner in the Caverns, when one day he was in an accident and got a horrible scar. He became obsessed with all the exquisite and rare jewels that the mine had to offer, and greedily wanted them for himself. He’s stolen a lot already, and continues to steal. That’s where you come in, having to stop his shenanigans.

This was the sneak peek that inspired my theory: 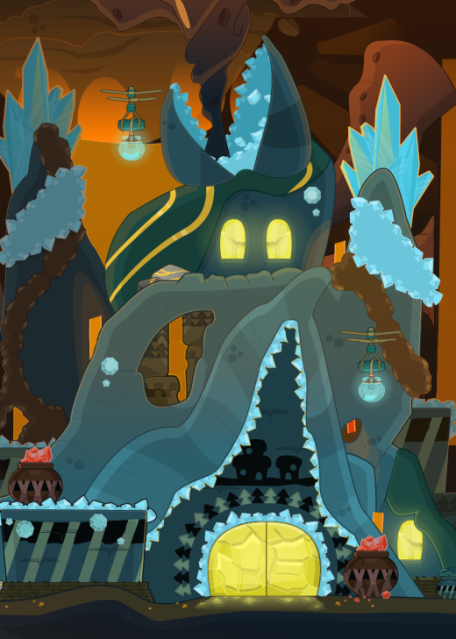 In her post showing these Crisis Caverns leaks, Perfect Sky theorizes that this could be the final place you visit in the mines. It could, and to me, it also looks like a hideout – possibly that of the evil, overgrown-facial-haired Scar.

Please note: I am only making these guesses on a couple of pictures and a poor imagination. 😂 For all I know, Scar could just be a costume and have nothing to do with Crisis Caverns at all.

That concludes my Popspiracy theory! Thank you guys so much for reading this! What do you guys think? Leave your thoughts in the comments!

The PHB welcomes guest posting from anyone in our community if you have something to share, whether it be sneak peeks, My Place in Poptropica stories, or any other ideas you might have. We also encourage sharing on the PHC.

8 thoughts on “Popspiracy: Who is this suspicious scarred dude?”