Greetings Hawk-tropicans! This is Giant Hawk speaking, and I’ve got various visual news for all of you!

The Creators have been quite busy recently! First off, there’s a new free update to the Poptropica app. This appdate contains the promo for Escape From Pelican Rock that first came to the online Poptropica, as well as some bug fixes. All free!

Poptropica has also been creating accounts on different outlets of social media in order to connect better with us fans. Of course, you all know about their Twitter, but now they also have Vine, Snapchat (their username is @PoptropicaSC), and Periscope!

On the subject on social media, Poptropica’s aforementioned Twitter page has been tweeting out answers to some interesting questions! Let’s take a look:

@liopingu Zeus isn't the happiest guy. lol. We will be changing things up for our social media icons in 2016!

True, Zeus is not the brightest ray of sunshine we know…

@Numnumsbunny It's SO different — unlike any Island we've done yet!

Clearly, there is still a lot we don’t know about Escape from Pelican Rock… What could possibly be waiting for us?

@JonsCrazyTweets We've run all the strips that have been made, and we hope to make more in the future, but that's it for now!

Remember those comic strips? Y’know, the ones starring our old pals Jorge and Oliver? Hopefully, they’ll have something to do during the wait time…

@Chilly573 @Icystorm9 He is Shark Guy now because it turns out a wrestler owns the name Shark Boy! #oops

Now this is news-worthy! Quickly, somebody update the Poptropica Wiki! (just kidding, it’s already been updated) Confused? Check out the PHB’s Mystery of Shark Boy article to learn about his disappearance!

Some of our Creators made this amazing pumpkin-based exhibit for a "Pumpkin Walk" a few years ago. WOW! pic.twitter.com/EDMBATKBfj

Guess it’s #ThrowbackTuesday over there.

An advertisement for Skylanders: Super Chargers has revved its way into Poptropica. (credit to Young Singer -Nariko- for the heads-up) 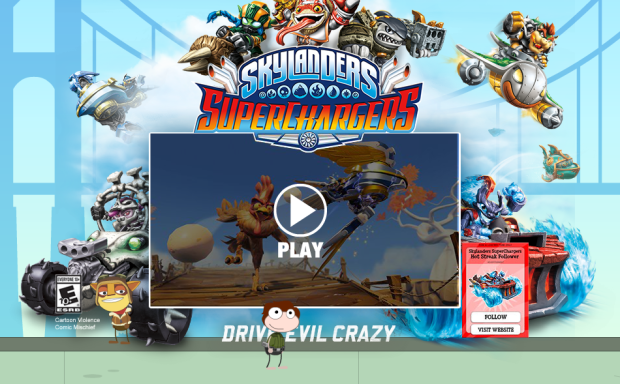 Bonus question: What island am I on?

Simply watch the trailer, and you will receive a Hot Streak Follower. 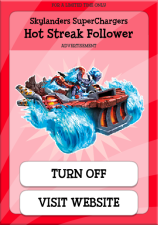 It’s SlantedFish herself re-creating her Poptropica character, Friendly Fish, in real life! Now this is a great idea. Would you like do something like this? Because I suspect that this IRL Poptropican is only the first of many…

View all posts by gianthawkpoptropica