Hey Poptropicans! If you’ve read our Q&A with Poptropica CEO Jess Brallier in this recent PHB post, you may have wondered what was meant by the ominous hint of an island to come: “Some place you don’t wanna be.” We gave a few clues in the comments, and some of you have figured it out – after Timmy Failure Island and Arabian Nights Ep. 3, we’re headed to a prison, of all places!

The Daily Pop recently revealed some jail scenes, and don’t forget about the sneak peek of dogs and police officers Poptropica tweeted as a behind-the-scenes pic: 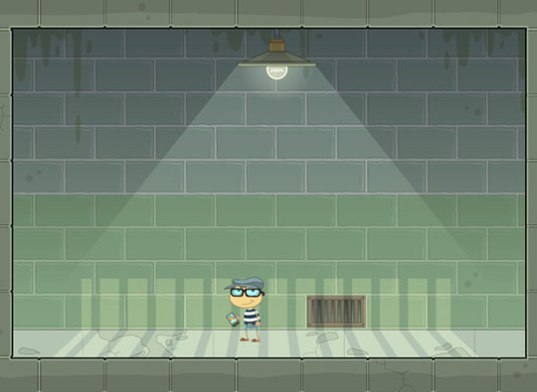 Cellular: Won’t be getting calls in here. 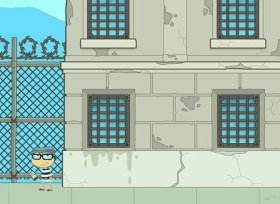 Barred: Once you go behind these walls, you may never come out.

Our Daily Pop Sneak Peek Archive was recently updated as well, and amid all the Timmy Failure peeks was a hint that the underground cave island had not been forgotten (although “Mole Man” is for TF Island, the caption is worth a mention). Maybe due to some nudging over on Twitter, though. 😉

Down Under: Will this island ever come to light?

Mole Man: Also not the underground island you were thinking of.

On a different note, if you head over to some of the Main Streets, you may find an ad poster for Scholastic books: in particular, Tombquest, Spirit Animals, 39 Clues, and Infinity Ring. Clicking on it will give you Character Masks (a mummy, leopard, fedora, and pirate’s hat for each series respectively) and a printable Summer Wish List.

There is also a CapriSun Push Play advertisement on Night Watch Island, and the prize is a Balloon Launcher. Press the spacebar while holding it, and your character shoots other Poptropicans with blue, indigo, and green balloons. (Thanks to Cuddly Knuckle for the tip, and HPuterpop for providing pictures!) 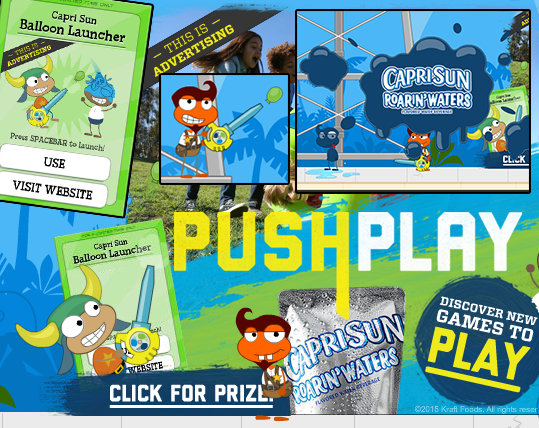 14 thoughts on “Prisons and caves; masks and balloon launchers”