Hey Poptropicans! This is going to be another mega-post on the many Poptropica-related things happening recently – but while you’re reading the PHB, don’t miss out on the new BoxTrolls ad, Survival Ep. 5 for members, the upcoming “Home” feature, and more news from the posts below! 😀

Charlie and the Chocolate Factory on Poptropica: A Story You Can Play

In honor of the 50th anniversary of Roald Dahl’s beloved story, Charlie and the Chocolate Factory, Poptropica has been revealing some of their creative process in turning the timeless tale into one of its many Islands. The second post of what will be a three-part series is now up on RoaldDahl.com, so click here to check it out the whole thing – and here’s a little excerpt from their post:

How do we re-tell a familiar tale, full of beloved characters and situations, while adding an unpredictable new character: the player? How do we make the player a part of the story without changing the story, but allowing the player the sense of freedom and control that a video game requires?

If you haven’t seen their first post, you can click here to read it, and check out their gallery of behind-the-scenes images on the Creators’ Blog or right here on the PHB. A great story complemented by a great island adventure with its own unique spin – and if you’re planning on playing it, our Charlie and the Chocolate Factory Island Guide may come in handy! 🙂

When exactly is Poptropica’s birthday?

This year, however, they’re planning to have their festivities on the 18th – which is this Thursday! We can probably expect a birthday costume with a “7” b’day balloon, and maybe some balloons in the common rooms. In the past, they’ve also re-released retired items — we’ll just have to wait and see what’s in store for this year’s party!

Poptropica Land: alpha version 2 may have been around for a while now, but the Creators are constantly being impressed by all the elaborate creations Poptropica members are making. Here are the latest to be featured on their official Twitter (click to enlarge images): 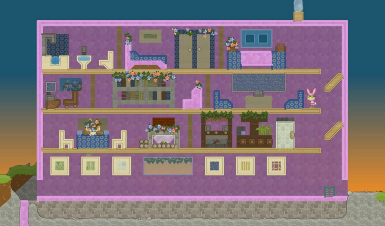 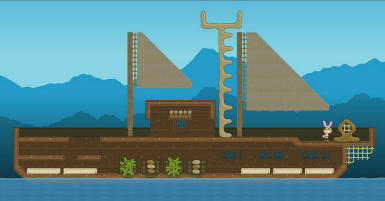 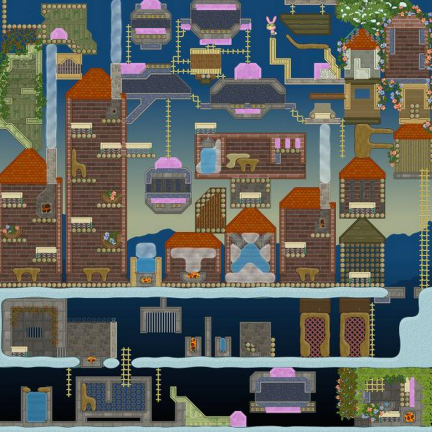 Messy Lion: not quite sure what this is, but it’s cool! 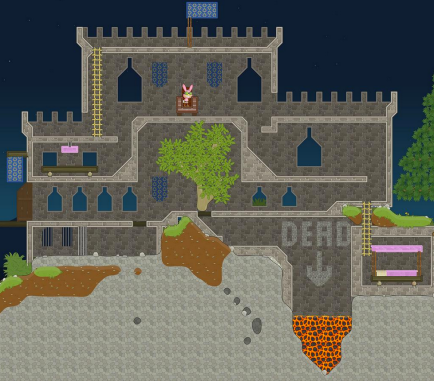 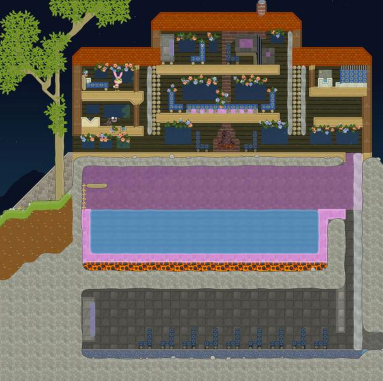 If you just can’t get enough of looking at other Poptropicans’ Lands, then check out the PHB post featuring the winners of our Land Construction Contest! And for some tips on getting started with Land, check out our Poptropica Labs/Land guide.

The PHB has previously mentioned Jeff Heim, Poptropica’s resident (and very talented) music composer — and while the recent release of Poptropica’s first ever music album may be unavailable to some due to cost, listening to Jeff’s Soundcloud tracks is totally free!

If you haven’t checked out his Poptropica collection in a while, you may now notice that he’s added several new tracks, mostly owing to the recent Survival and Mission Atlantis episodes.

In the comments of the “Science Fair” track, you may even notice Jeff’s response to HPuterpop saying that he “uploaded this track in part because I noticed you used it at the end of your Survival 3 Walk-through video”! Awesome.

One of my personal favorites, though, is the jaunty little tune that is PoptropiCon’s main theme. It just builds up to sound really epic as you get into it, plus it can get pretty catchy. 😀

Don’t miss out on all the other cool things happening in Poptropica lately — you can catch up with all the PHB posts below! Keep on popping on, Poptropicans.