Is that a new Poptropica video game?! Hmm… remember Brave Tomato’s post where she mentioned a certain part of the Creators’ Blog that hinted at a new video game in the sidebar?

Well, her findings have paid off! According to a recent tweet from the Creators, this new video game will be coming soon. Specifically, the game is for 3DS and is called Poptropica: Forgotten Islands. Sound familiar? Yep, it was an iOS app. Below are previews to what the game will hold:

Poptropica: Forgotten Islands for the 3DS will come out on October 14, 2014, but you can pre-order it now for about $30. By clicking the link in the previous sentence, you can also see the synopsis and other details for the game. If it’s anything like the iOS version that already exists, though, you can read all about it and see plenty of screenshots in the PHB’s walkthrough!

In other news, we are expecting another Poptropica Land update soon. A recent Poptropica tweet gives hints for what will be added in the update. (Click to enlarge the image.) 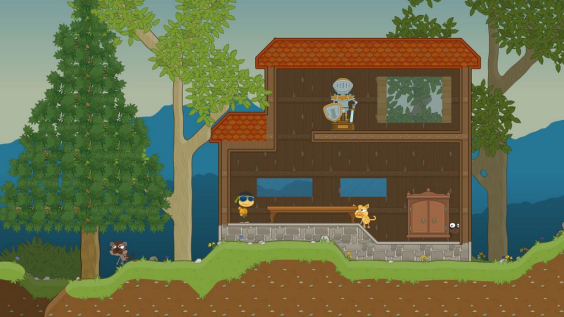 As you can see, the sneak peek shown above features furniture (a table, an armoire/cabinet, and a suit of armor), plus various animals. Hopefully we will get to play with these features (and more?) soon enough. Plus, will we possibly be able to customize parts of the animals? They do look fairly Poptropican size. 🙂