Well, it looks like the Poptropica Creators’ Blog has released their 3rd wallpaper! This time around it is winter-themed! 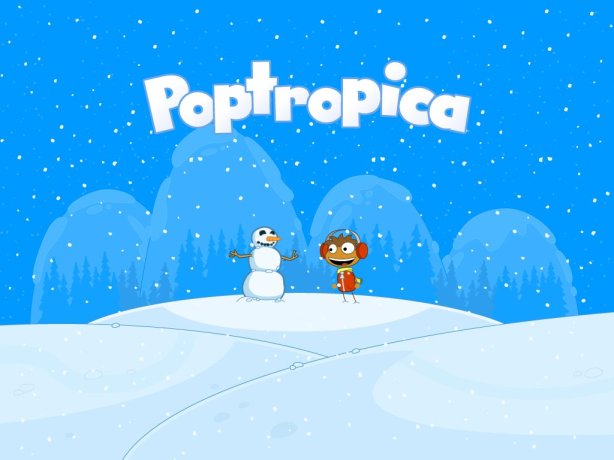 New guides have came out for Hoops and Sky Dive! Please check them out!

Also, I know Christmas is tomorrow! We hope you all get great gifts and presents! I probably won’t have access to Internet because I’m going over to my cousin’s house to celebrate Christmas. So, I wish you all a merry Christmas in advance! =D

Whoops! Apparently, they added another wallpaper to their post after I made this blog post. Thanks Shaggy Tornado for letting me know!

By the way, they added a new poll asking you what you think is the best thing about the holidays. Having no school is so far leading. LOL!

And finally, we’ve also got a new poll:
Which Poptropica wallpaper do you think looks best on your desktop?

Some of you may remember the other 2 wallpapers the Poptropica Creators had also released earlier this year: the Shark Tooth Island one and the classic blue! We also had this poll when the Shark Tooth wallpaper was released, so you could say this is an “updated” version!

For those of you who like numbers, our previous poll, Who is your favorite Poptropica Creator?, had exactly 2,400 votes! Here’s the results:

View all posts by Smockers