Hello everyone, Spotted Dragon here with another post on Poptropica Worlds! But here’s the twist… Lots of people, including myself, have been focusing on the game’s negative features. While those features shouldn’t be ignored, it really isn’t fair of us to negate all the positive things that Worlds has going for it!

This update has been huge and there is still a long way to go for it, so while we deserve to be skeptical, we also have to look on the bright side. Thankfully, there are still a lot of people looking into every pro and con of Poptropica Worlds, including a newbie interview that provides a very refreshing perspective on the matter.

Without further ado, let’s get into our Pop 5 Best Poptropica Worlds Features! 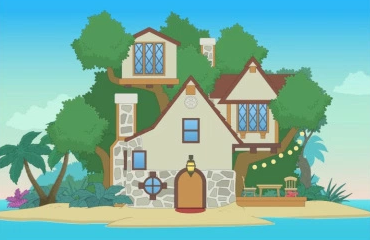 Yes, the house brought along its own fair share of glitches. And yes, not everyone was thrilled to hear that they were being added either. Still, the idea has wandered through many minds at one point or another. The dream of a home in Poptropica has been hidden away in the back of Poptropicans’ heads for quite some time.

This feature, like others, has a lot of unused potential as of right now, but it brought something new and exciting to the world of Poptropica. It’s nice to have a building we can each call home. Who doesn’t love personalizing stuff in video games?

Despite the glitches it currently has, the quest log is actually a pretty cool addition to Poptropica. It gives the player a good idea of how far they’ve gotten through an island and helps to remind us what we have to do next. The latter is especially useful if you’ve been away from the game for quite some time.

Thankfully for us, it doesn’t give away too much of the story-line and doesn’t just give away the solution to any problem faced on your quest. In addition to the quest log, the new dialogue format allows for reading text at your own pace, which used to be a problem. Though it too has its flaws, these kinds of features make for less speed-bumps while you’re gaming!

The closet we have now is not like the members only one in original Poptropica, but that doesn’t immediately mean it’s bad. In fact, in many ways it’s very useful! We can’t save outfits like we used to, but everything we buy in the new Store is organized with this feature.

Our old backpack was arranged by date and by alphabetical order, but it was still very hard to find things when the bag was bursting at its seams. At least the closet provides us with easy access to the clothes we bought, since everything is divided into categories. It’s not without glitches yet and when we all get to the point where we have too many clothes to count, there will surely be problems, but in my opinion it’s nice to have pants with pants and shirts with shirts.

Not something you notice right away when playing the game, but still a significant change when heading to buy clothes. In the past, Poptropicans have had to spend big bucks on costumes in the store, even if they were only interested in a certain piece of that outfit. Say I liked the shorts on one costume and the shirt of another, I would have to spend a ton of credits on both in the Store.

With the Store’s new setup, you can buy each accessory separately, at a fraction of the entire outfit’s price. I know saying that just makes me sound like an annoying ad, but it really is a big money saver when you want to create a totally unique character design.

That being said, you do have to spend a lot when you do want the whole outfit. Plus, not all facial features are for sale and many things are for members only. It’s also important to point out that you can buy any costume now too, since they aren’t gender specific anymore! 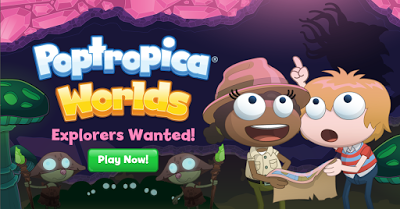 I know, I know, lots of you probably disagree with this one. We are all used to our neckless, fingerless, shoeless old Poptropicans. A lot has changed with our characters’ looks, that’s true, but we can’t deny the artwork’s improvement just because we don’t like some design decisions. Just a glance at the game as a whole reveals how much the design’s quality has been enhanced.

Originally, the game had a very 2D feel to it. While Poptropica Worlds is obviously still a 2D game, the effort put into shading our characters and the detail put into scenes creates a lot more depth than what was previously drawn.

This is especially shown through the animations implemented in our characters, like when they get bored from lack of movement, which gives them a more realistic, life-like feel. It’s shown in the beautiful scenes from Crisis Caverns as well, despite how you may feel towards the island’s storyline.