This is the My Place in Poptropica story of Friendly Hopper, a current college student who has rekindled her childhood passion for Poptropica. See below for how to send in your own MPIP! 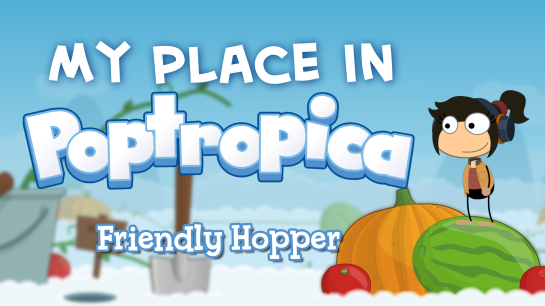 Hello everyone~ I’m Friendly Hopper, currently a 19-year-old student attending to a university in Hawai’i. In this story, I would like to share my journey in Poptropica from beginning to now. Without further ado, let’s get started!

Around the year 2008, I was attending an American school located inside of a military base in Seoul, the capital city of South Korea. During short breaks in class, my classmates and I would get to use the class’s computers to visit online game sites such as Funbrain.

I came across a classmate who was playing Poptropica. On closer examination, I saw that she was playing Time Tangled Island, specifically in the “Mount Everest” period. I watched to see of how she was using the computer’s mouse to move her character around to avoid the falling icicles and climb up the mountain. From that moment on, I became entranced by the game, and I begged her to teach me how to play it.

At home, I started my own Poptropica account and chose the name “Friendly Hopper” for my character. During that time, I convinced my sister to play the game and create a Poptropica character as well. Slowly and steadily, my fascination about Poptropica grew.

In later years, I couldn’t visit Poptropica again as I became busy with moving to different schools and places. Eventually, my family and I settled in Hawai’i. It was around a certain period during the year 2013 that I rediscovered Poptropica through the Internet.

It was the summer after my freshmen year of high school that I suddenly had a strong urge, from the back of my head, to check my Poptropica account. At first, I was worried about my preexisting account being deleted because I had not used it for a long time. However, when I tried logging back into Poptropica, it worked! Thank goodness!

Next, I started to catch up and began to complete various islands such as S.O.S Island and Monster Carnival Island. It did take several weeks to finish all the quests I’d missed, but the outcome was worth it~

Also, it was around the year 2014 that I found Thinknoodles‘ channel on YouTube. I found most of his Poptropica videos entertaining, not only for the narration, but also his humorous comments and friendly attitude which created a positive vibe.

For the next two years, I became busy again with school and preparing for college. Furthermore, once I became a college student, I had even more homework assignments to do. I couldn’t keep in touch with Poptropica for longer periods, since earning my associate degree was a top priority in my life.

Throughout my semesters in college, I had some free time to browse the Internet to go on social media websites such as Facebook and Instagram. Eventually, I came across some interesting webpages that brought nostalgia. On DeviantArt, I typed in the keyword “poptropica” out of curiosity to see if any artwork was posted. Surprise! There was a ton of Poptropica-related art from various artists such as BlazingAngel123 and SmileyFaceOrg.

As I continued searching, I discovered the PHB as well. I couldn’t believe that I hadn’t found it sooner! Nevertheless, meeting numerous users on the PHC (on Discord) provided a fun and exciting atmosphere~

Based on these events, I made a decision: that I would visit Poptropica again, once I completed my remaining assignments in college. And so, during April and early May, I focused only on finishing my schoolwork. It took some time, but I was able to make it. Next, updated the appearance of my Poptropica character and explored the newer islands.

Currently, I play Poptropica on certain days and am often on the PHC. As I reflect, I must say I am thankful that an online game such as Poptropica continues to exist and is made available to everyone. I cannot imagine how my childhood would be without Poptropica.

Thank you for reading this story about “My Place in Poptropica.” My username is life575, so feel free to add me as a friend on Poptropica~ 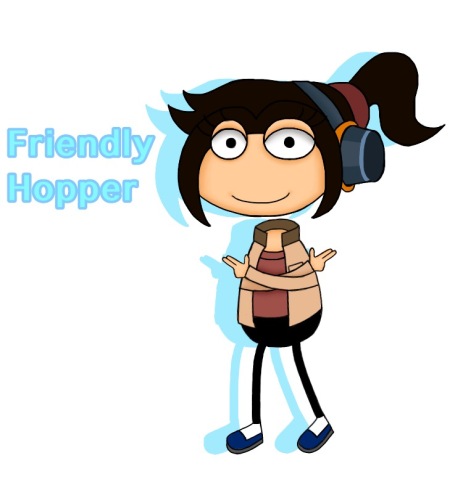 If you haven’t already, we invite you to send in your own (please include a minimum of 550 words, type with good spelling and grammar, divide it into labeled sections, and include your username). If you send in your story, we will continue to post new community MPIPs!

5 thoughts on “My Place in Poptropica: Friendly Hopper”