Poptropica already has so many awesome things, so let’s prepare for the New Poptropica by going over the best of the best!

5) It’s Uncommon For a Common Room

Unlike most kids’ games, our Poptropican plays through missions and quests solo. If we want some social interaction, we can hop into a common room (found on every Main Street) and play games with other kids! 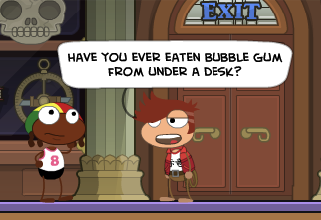 4) A Pair of Photo Booths

Poses, handhelds, and loads of your favorite Poptropican characters in perfect image quality? Photo booths sure provide something fun to play with. Poptropica even sometimes makes themed photo booths, like the Mystery of the Map one. 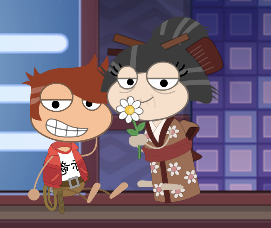 Common rooms are great, but sometimes, wouldn’t you rather have a blast with some personal friends? Well, there are infinite dimensions for that, which your Poptropican can access through a few simple numerical and alphabetical digits – Multiverse room codes! 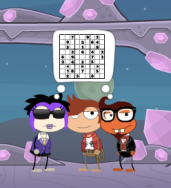 Ha, the last one feels just like school. Ha.

While you play any island, a few pictures will be taken with a caption. The best part about them isn’t the memories, but in my opinion – that you can customize the outfit you were wearing back then. Snazzy. 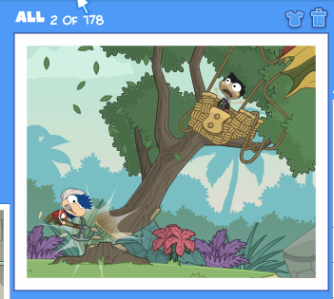 Honestly, this probably shocks some people with this choice. Advertisements for most kids games are flashy and un-interactive. About every two or three weeks we get a brand new ad. Yes, most of them are repetitive with quizzes, talking to characters, and just exploring – but some have actual fun unique quests. We haven’t had many of those recently, but they’ve been there, and it’s probably one of the best things Poptropica pulls off that its competitors don’t. Plus, there have been some pretty cool ad prizes as well.

That wraps it up for this Top 5 post! See you next time!

Creator of Rebel Group. I'm also a musician, find me @riptori on SoundCloud! View all posts by Tori