Well, as some of you may have guessed, Tobor Aureum was just a clever disguise for Omegon – and once again he came into the real world and trapped us all. BT came up with the idea, then I took care of graphics and in the end we all played a part in an awesome April Fools’ prank this year.

Tobor Aureum, if you haven’t figured it out already, means Robot Golden, which would be Omegon. Tobor is just Robot backwards, and Aureum is Latin for golden.

As the day progressed he made two posts, one with a picture of a nice, young Poptropican, the next with some of his good looking attributes gone, and finally Omegon revealed the next day. Through it all, however, there was a red glow in his eyes that I’m surprised some of you didn’t catch immediately. (Oh, and Tobor’s thank-you post also contained a hidden message that was revealed after the takeover!) 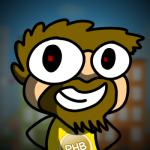 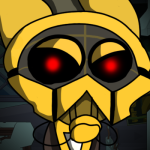 I also updated the header and background to give off a more graffiti-ed vibe. 😛

The final product was so worth the work and I was really glad to see a good plan come to fruition. 😀

Throughout the day, we had the PHB authors gradually change their profile pictures to henchbot avatars, and because we all live in different time zones, it gave off the effect of us being gradually converted (just as we will slowly convert back to our regular avatars).

Fishy also wrote a post to update everyone about the prank that Poptropica pulled this year, the floppy-disc Text Adventure – all in Omegon’s commentary. It’s pretty enjoyable to read, so head over there and give it a look see. 😉

The best thing about this prank, however, was the comments. The majority the time it was either me, BT, or Fishy who was commenting as Omegon, and the other authors joined in by pretending Omegon had taken over their accounts. I have to say that the conversations (and sometimes arguments) were just gold. The post “The Reign of Omegon lives,” got about 400 comments which is colossal, and through these we learned a few things about Omegon:

We also learned that some of you would willingly give themselves up to Omegon and join in the fun of being a hench-bot! What loyal fans we have… 😛 The comments are really witty, so go have a read! 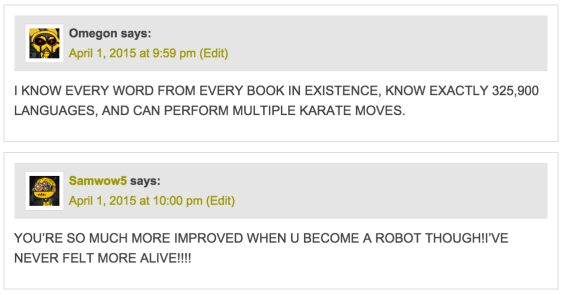 Anyway, thank you, everyone, for the fun yesterday. It was really exciting and many of you had fun trying to solve the mystery of the Blogging Intern. Until next year…