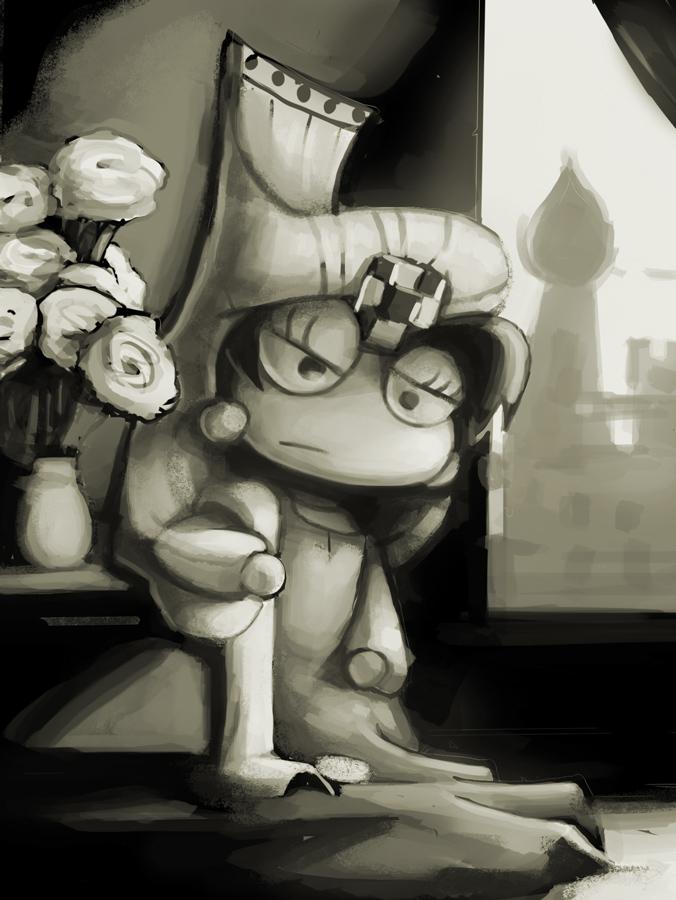 “Who is this princess? Why so sad? Let us know! Behind-the-Scenes of Arabian Nights 3” – Twitter

Now, to answer this question, I kinda had some thoughts in the back of my head before this picture was released. And of course, it can be traced back to four of the Daily Pops.

Looking Glass: Seven years’ bad luck if you break it.

Royals: We are the sultans of swing.

Gallery: The writing is on the walls.

All four of these Daily Pops really caught my eye for something. Two of them look like they’re from the princess’s room while the others are, or involve, paintings, including the one that the Twitter posted the concept art of.

So from what we see, the princess doesn’t like the genie, but likes swords and camels.

Now with this, it’s about time I reveal my theory. Alright, gather around folks. It’s story time.

*WARNING: POTENTIAL SPOILERS* (but that’s what you came for, yes?)

Once upon a time, there lived a father and daughter, living together on the barbaric deserts of the Arabian world. One day, the father discovers a mysterious lamp and through it met a very special new friend, a genie. And he was willing to give what the father desired. The father wanted nothing more than for him and his daughter to live in comfort, so the father wished for wealth. The genie obeyed and the father became a sultan and his daughter a princess.

The princess was well aware of her father’s and the genie’s bond, yet she still wished to be with her father. However, her father’s position as a sultan does not give him time to bond with his daughter. As the years drew on with barely little contact with her father, it becomes clear to her how close the sultan had gotten close with the genie through consultation on his job – the father never had a friend like him before, and he needed him to deal with such troubles as a bunch of thieves going amuk. She started to envy the genie and scribbled things against him in spite. The genie may grant wishes only to her dad, but he can’t take him away from her!

From her pink-clad room, where she kept herself most of the time, she sees the guards of the bazaar train each day, and grew fascinated with the art of stealth, combat and precision, therefore she started drawing swords and she even took some weapons herself just to throw them at a scribble of the genie. She hated him so much.

That man from the lamp needs to be taken away from her father’s hands, yet she never knew what the lamp looked like. The princess was desperate, and she felt there was only one way to make sure her father pays for not being the dad she once loved anymore, and especially the genie “ruining” their bond:

Become one of the forty thieves herself.

I wouldn’t be too surprised if I wasn’t the only one who caught this. It would be an interesting twist on the story if a princess went bad all on her own. We usually see bad queens, but not so often bad princesses, and when we do see the latter, it’s usually because of their parent being bad as well. It’d be a nice touch.

Well, whether my entire prediction is right, partially right, or really wrong is still up in the air, yet there is a likely chance that this princess ain’t no Princess Jasmine.

So what do you guys think of the idea? I’m pretty sure I wasn’t the only one who thought of it, but I may as well put it in this kind of review format. Tell us your ideas in the comments!