What’s popping, Poptropicans? Blake here, with another – well, a few pieces of Poptropica news. First up is the new ad on Super Power Island, based on The Spongebob Movie: Sponge out of Water! You could say that this is a pointless cash grab that is clearly not going to be any better than the one released in 2005. All rants aside, though, I’d like to personally thank Prickly Monster for the ad alert. 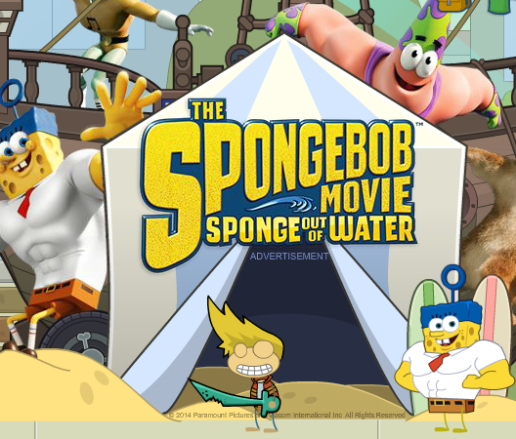 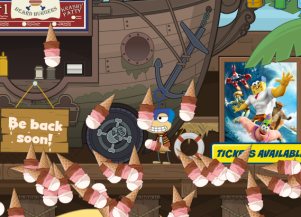 Now, am I just deranged, or is it SO WEIRD seeing a Nickelodeon ad of any sort on Poptropica? Like really, seeing the words “Krabby Patty” in Poptropica font just killed me with laughter for some reason. Anyway, Sandy, or.. *grabs Spongebob Lingo Dictionary* ..The Rodent.. okay.. will tell you that Burger Beard has stolen the Krabby Patty formula. You’re then taken to the ad game’s start screen, instructing you to run, jump over the cannonballs, and stay behind the pirate ship.

Now, don’t get upset if you don’t beat it on the first try. I didn’t, and I had Spongebob and Patrick behind me laughing at my every failure. Once you get through the cannonball onslaught, you’ll be awarded with Ice Cream Rain and a Bubble Hat. Really? No square pants? I was really hoping for some square pants here… Anyway, check out the above pics for what they look like!

Next up, after visiting Spongebob and the gang, it’s time to head onto the Realms side of Poptropica! The Creators are doing what they did with Lands by showcasing people’s works! First up in their new “Remarkable Realms” blog series is this recreation of the Taj Mahal by Bronze Singer:

That’s the one they posted on the official blog, but over on Twitter, they’ve featured several more awesome Realms. One is clearly from a Golden Fang, but the others are not credited. 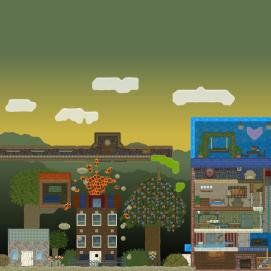 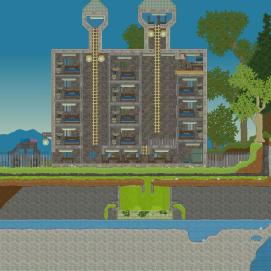 And now, to wrap it up, are you ready for the REIGN OF OMEGON? That’s right, the Creators tweeted a sneak peek of what appears to be the printable poster for PoptropiCon: Episode 3 (with a tag to the Twitter handle of our very own Brave Tomato!). Stare at the awesomeness of Omegon, and worship in the “Avengers: Age Of Ultron” name pun that even I wouldn’t have thought of…

Anyway, that’s all for now! Stay popping, Poptropica- *is taken down by Henchbots* Wait, what are you guys doing? I’m an author! I’LL SUE!

*a small shadow appears in a cloud of smoke*

Well, nothing really much to say.. View all posts by Blake

8 thoughts on “Sponges out of water, Remarkable Realms, and Omegon poster!”