The Games are alive with the roar of competition among Poptropica members, who can start playing the 2013 edition of the island RIGHT NOW! Everyone else can play starting December 5, 2013.

Be sure to check out the PHB’s Poptropolis Games Island Guide if you need help! It has now been updated with walkthroughs for the two new events, Octopus Volleyball & Skiing (volcano race). 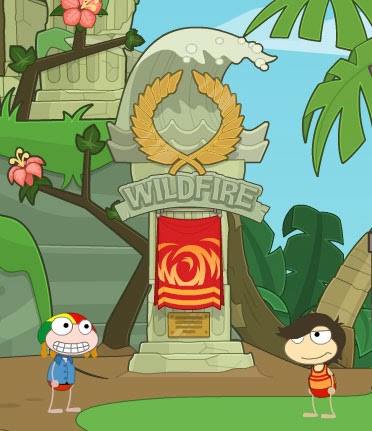 Also, congratulations to the Wildfire tribe for helping out the most in the quest to dig up the Games! As a token of recognition, a glorious Wildfire statue has been set up on Main Street. (Next time, Flying Squid… next time…) As Poptropica is trying to roll out ‘improved’ navigation for all the islands, you’ll be able to play Poptropolis Games Island with music, sound effects, a unified menu, and bigger screen.

Members, don’t forget to collect your bonus gear from the Store! It’s the same as the 2012 pack, with the Discus item and Plant-a-Statue power. The Wrestling Gear will only be available until the end of Early Access (Dec 5). 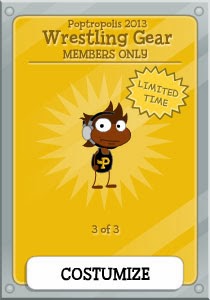 If you’d like to see who’s finished the island already, you can do so with the World Champions Player Map! Have you completed the island yet? Where do you rank and which tribe did you join?