Welcome to the new posts of Poptropica Help Blog Sneak Peaks. On these new posts there will be Sneak Peaks that only we have. And only we post them. These sneak peaks are classified and are very secret.
So to kick off PHB Sneak Peaks we would like to present our first: “Pirates Have Landed.”

On January 26,  Codien was slowly having a nice walk through the jungles of Shark Tooth Island. The sun was high in the air and its rays were pouring through the leaves burning his skin.  He’d been out for ages in the jungle searching for old treasures. Finding old pots, Artifacts and sculptures from lost Poptropicans of the past.  It was near the end of the day and he was about to head home when he found an old photo under a Shark statue. Looking at the old and crumpled photo he realised it was very old. It was only when he looked closer that he discovered something even more amazing: 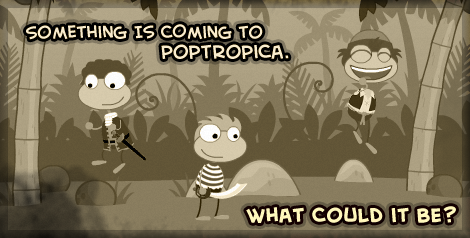 In the picture were three Poptropicans. They were wearing old shabby clothing and carried swords. Codien had never seen such strange clothing. The only thing that they could be were…Pirates.
But how on earth had Pirates gotten to Poptropica and will they ever return?
What do you think?

If your wondering how I found the “Picture”, I actually made it. But the costumes are all real. They were labeled ‘FL Pirate’. 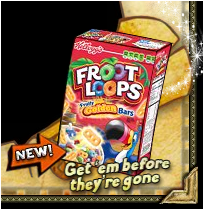 We think we know what the pirates are. We have just got information that Froot Loops has a new ad that involves Pirates. This would make sense because of the FL= Froot Loops. This would mean that it would be an advertisement/mission they will be bringing out. Like the Pink Panther 2.
The ad is advertising Froot Loops new cereal ‘Froot Loops: Fruity Golden Bars’. The new ad is called Treasure Island and is about the birds finding Froot Loop treasure. You can play games and find out more information on there site, here.
Thank you Graham for this information.

Well I’ve got some more Sneak Peaks in the future for you guys that only Poptropica Help Blog will get. I will post another Sneak Peak in 3 days.

Also, Speedy Speck sure was speedy today and managed to pop 7 balloons in a game of Paint War before Shark Boy did! This was Shark Boy’s story:

I was visiting the Fly-By-Night Airlines and had some great battles against Speedy Speck. We were really close on all of the battle games, but in the end she beat me at Paint War. Thanks Speedy Speck, that was fun!

Keep an eye out for the sneaky Shark Boy – you never know when he may turn up! 😉

Remember to look at all the other posts. There’s heaps of stuff happening all around us!

Learning to write my counter thoughts. View all posts by Paul Tuohy