This tribe intends to plant the flag of victory in the heart of Poptropolis – and we suspect they’ll stop at nothing to do it! 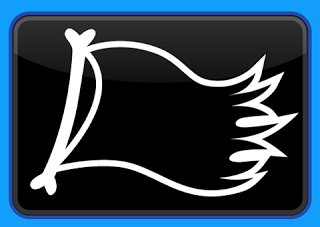 ~thanks to Poptrickia for the image! click to enlarge. 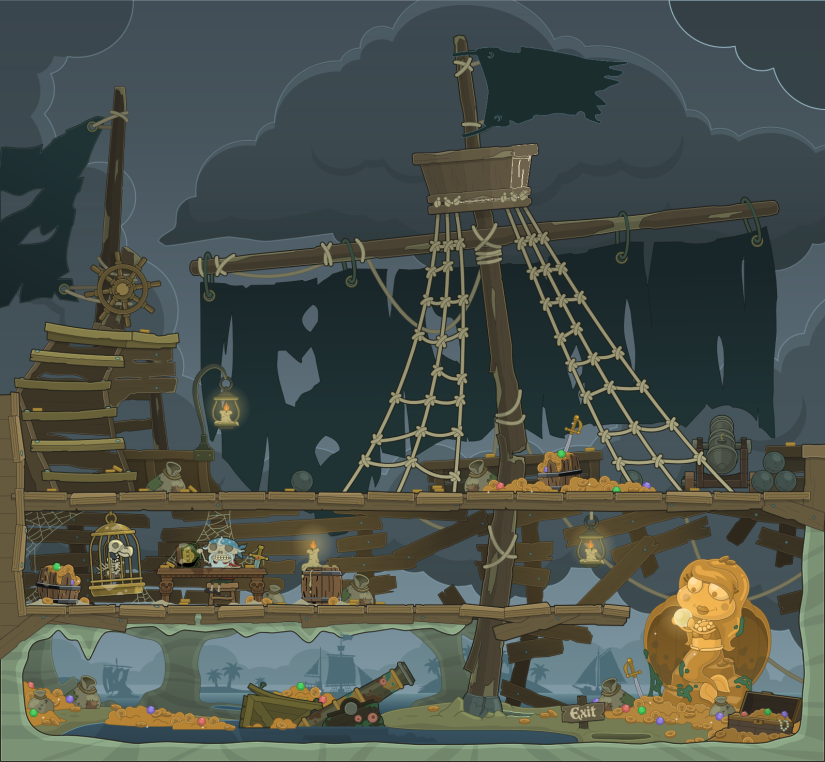 Emerging from a hole in the ground, the first thing you hear is the crash of thunder and the pattering of rainfall. Beside you, there’s a shimmering golden statue of a mermaid admiring a pearl in her hands.

As you continue moving, your vision turns black for just a second as another round of rain begins. You’re breathing hard, but soon you see a cannon and start to have some fun firing from it.

Dozens of bullets later – but luckily, no casualties – you decide to keep exploring. To the left side of second floor, there’s a bird skeleton in a cage, and you’re surprised to find it still able to caw when you give it a little prod.

Moving up to the third floor, there are still lots of gold pieces laying around – wow, this tribe sure has a lot of loot. On the left, some wooden planks have been fashioned into a staircase that leads to a spinning captain’s wheel.

Going up even higher, you find the crow’s nest of the ship – and tied to a stick, waving gloriously in the wind and dark sky, is the eponymous Black Flag. Arrrr!

Yo ho, a pirate’s life for me!

Check out this Black Flags concept art, which includes an early (rejected) sketch tweeted by Poptropica, plus the eponymous flag at the digging-up of the 2013 Poptropolis Games from the PHB’s Daily Pop sneak peek archive. Also, here’s the common room cannon in action! 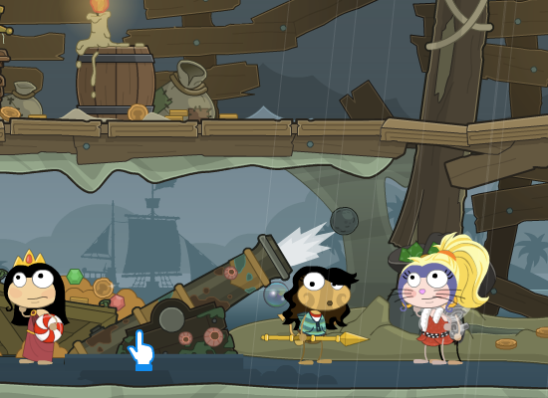 Plant Your Flag: …which is kind of hard to do when there’s no solid ground around.

Crate Box: There’s gold in them there chests.

Night Watch: It’s no small decision to take the black.

visit our Tribes page to learn more about the other tribes! 🙂
do you sail with the Black Flags? show your support in the comments below!