For walkthroughs on Shark Tooth Island, scroll down.

You can take a Shark Fin from the vendor you’ll meet upon landing on the island, but wearing it is optional. 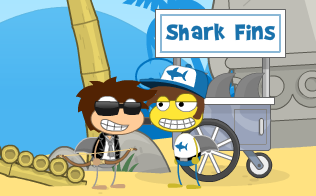 The next islander, to the right, is also in a giving mood. He’ll hand you a Carbonated Coconut Milk, which you’ll definitely need later. 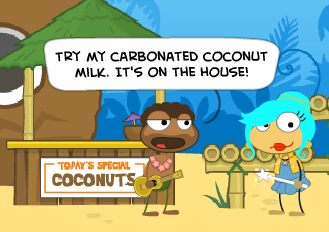 Keep moving right until you get to the Ancient Ruins.

At the Ancient Ruins, move all the way to the right until you see a square-shaped rock. Push it over to the tree trunk. Beware of the bouncing coconuts, as they will knock you over if bumped into! 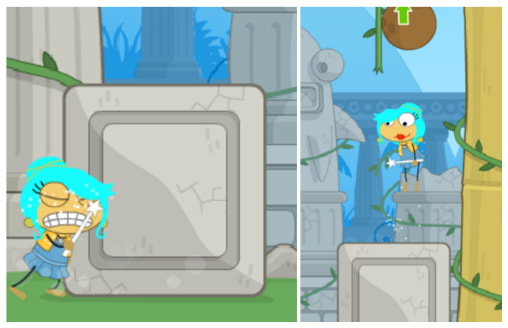 Now jump onto the square rock, then climb all the way up the dangling vine above. Jump up to the second wooden platform, then jump left to land on the roof of the temple. There you’ll find a Translation Key, which came from Professor Hammerhead’s journal. 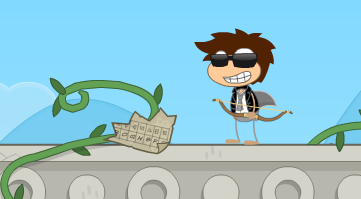 Jump off the roof and enter the temple. Inside, make your way to the top corner all the way to the left, careful to avoid the purple bats that can knock you over. You’ll come to a green code keypad on the wall. 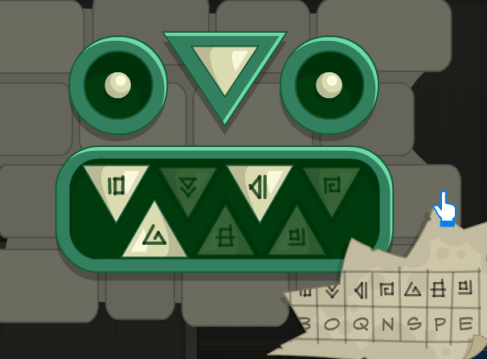 With the translation key, spell the word “OPEN.” Then click on the triangle in between the two circles. If the code you entered was correct, the lights will flash green and you can pass to the left.

Go left, through the tunnel, and you’ll be in the Temple Dungeon.

Head left and climb to the top of the statue with the huge caterpillar prowling about. Beware of the caterpillar, which will knock you over if bumped into!

Wait for the swinging platform to come by, then hop on. Jump to the left platform, and keep going left and down. You’ll find an Old Bone. 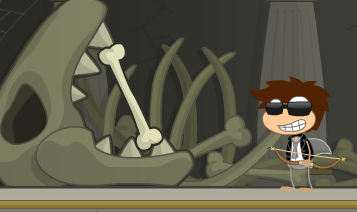 Now head back right, back to the caterpillar statue and onto the swinging platform that leads to the spiky wall. There, wait for a moving platform to come by, and quickly hop onto it.

Let it take you all the way to the left, where you should see another spiky wall. Hop onto the top of the spiky wall, and go left.

Keep going left and you’ll be in the Temple Treasure Room. Climb down the vine and keep going left. Leap onto the glowing pedestal and grab the Key Ingredient. 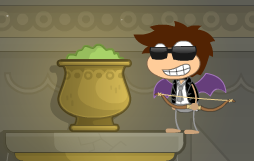 Now climb up the vine on your left, and at the top, land left. Then keep going up, and soon you’ll be back on Main Street.

Go back to the Ancient Ruins, and all the way right into Booga Bay. Talk to the vendor and get a Grass Skirt. Go to your items to put it on. 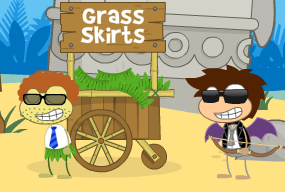 Return to the Ancient Ruins. Push the movable square rock next to the tree trunk again, and keep climbing up the tree. At the very top, you’ll find the Medicine Man. 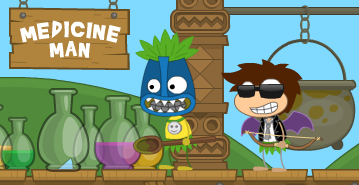 With your grass skirt on, the Medicine Man will happily make you a Calming Potion for the shark using ingredients you’ve gathered.

Head back to Booga Bay and go all the way to the right until you see a cannon. Click on the cannon wheel and you’ll get to shoot the calming potion into the water. 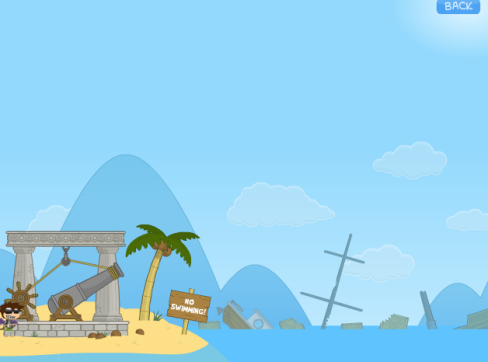 Wait and watch the Booga shark consume the calming potion. With the shark asleep, it’s now safe to cross the water.

Go right into the water and swim through until you arrive on a little island. There you’ll find the stranded Professor Hammerhead and his son. Talk to them both, and they’ll follow you back to shore.

Bring them back to Booga Bay, where a tearful woman (the professor’s wife and the boy’s mother) will be waiting to thank you.

Then Professor Hammerhead will reward you with the Island Medallion and credits to spend at the Poptropica Store. Congratulations!

These are the displays and selections of interesting dialogue from the Tourist Center and Shark Museum. Click to view the images in full size! 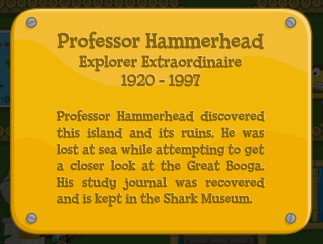 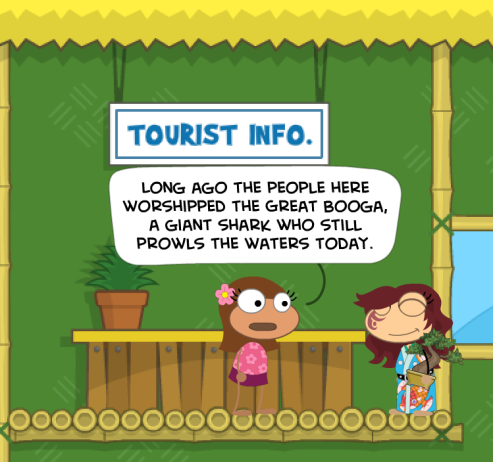 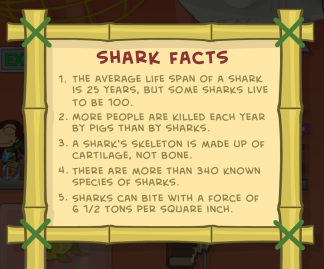 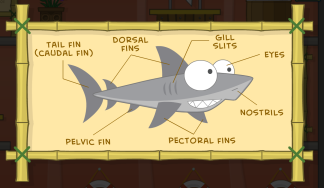 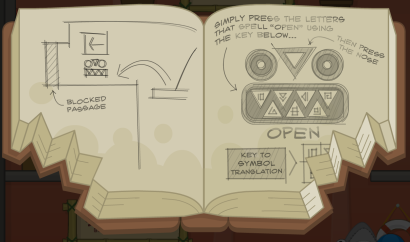 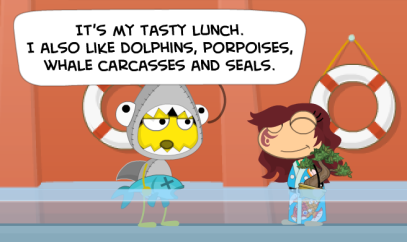