Welcome back to “Pop Places IRL,” Poptropicans! Today, I’m bringing you an extra spoOOOooOoky setting. This time around, we’ll be traveling to Vampire’s Curse Island! Enjoying the series? Be sure to check out other Pop Places IRL posts.

So, first things first… where exactly does Vampire’s Curse take place? Though the setting is never directly stated, it is implied that the island is heavily influenced by the classic tale of Dracula. In fact, Count Bram is named after its author, Bram Stoker.

And, dear readers, the castle featured in Dracula is none other than the Bran Castle. Eerily similar to “Bram’s Castle,” don’t you think? The creepy tale made the IRL castle pretty famous, because you can even take tours of it today! 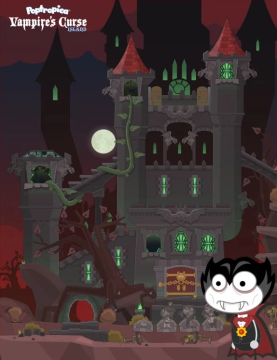 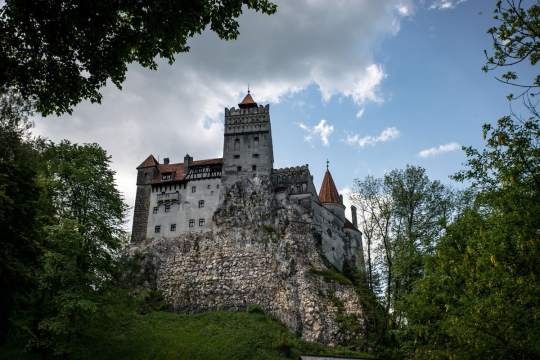 I suppose this castle comparison leads us to another question… where is the castle located? If you haven’t already guessed, the infamous Bran Castle is located in Romania, a country in Europe. Specifically, the towering construction is near Transylvania, a region especially known for vampire lore. Though the towns in the area are much more modern today, you can definitely still see the remains of older architecture. 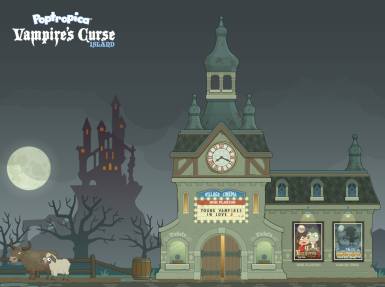 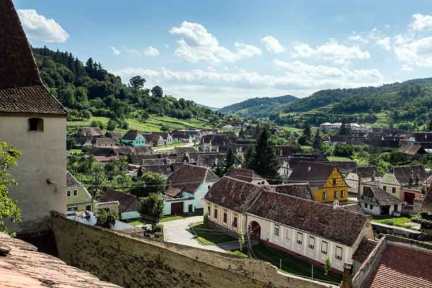 However, when you begin to stray away from civilization on Vampire’s Curse Island, you’re sure to wind up deep in the woods (on your way to Bram’s castle, of course). A bit of a maze in game, I’m thinking IRL Romanian forests aren’t much easier to navigate at night. Though they might be less vampire-infested, Romania’s woods always seem to come with their own creepy lore either way. 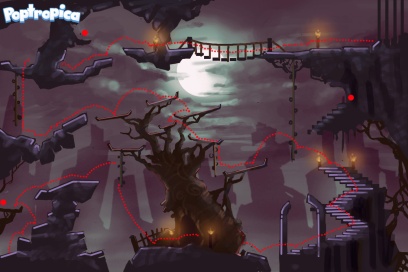 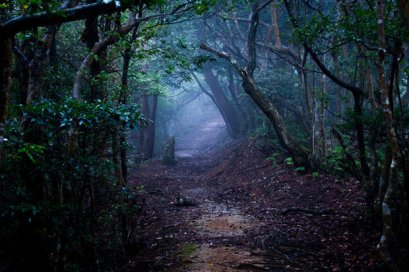 Finally, I think it’s important to touch on the graveyards of Romania, considering their own spooky connotation in-game, where the grand Mausoleum has Latin that reads “meminervnt omnia amantes,” translating to “remember all the lovers.”

This sure adds to the island’s spooky aesthetic, but how does its appearance hold up to its counterparts in real life? It turns out that Romania has a pretty famous grave site called The Merry Cemetery, filled with surprisingly colorful gravestones. What a contrast! 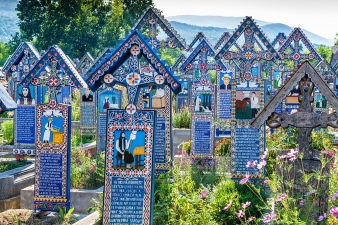 Welp, that wraps up our IRL tour of Vampire’s Curse! Did it live up to your Halloween-y expectations? Hope we didn’t spook you too much this year. 😉

But I’m curious… what do you think? Have you ever been to Romania? How do our comparisons to the game hold up? What other islands do you want to see in this series? Be sure to leave a comment with your thoughts below!