Welcome back to “Pop Places IRL” everyone! SD here with a Time Tangled Island edition, where I’ll be taking you through some scenes from the island and matching them up with scenes in real life (IRL). Since you literally travel through time in the quest, we actually visit a lot of famous places! Of which many have changed over, well, time.

Let’s kick things off with Mount Everest, the tallest mountain in the world (above sea level) and odd location of the Statue of Liberty model in game! We also get to meet Edmund Hillary and Tenzing Norgay in Poptropica, the first confirmed climbers of Everest in 1953. Sadly, our Poptropicans probably wouldn’t have been able to climb it as easily IRL. Would you want to visit the Himalayas someday? 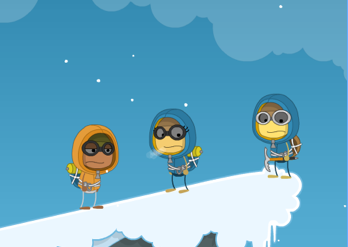 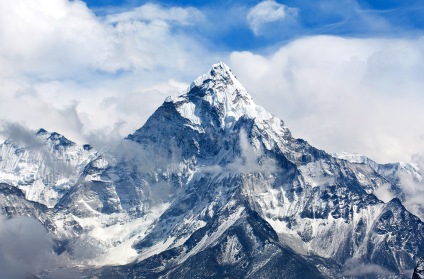 Next up, let’s take a look at the Statue of Liberty! It was built in France, but today resides in the New York Harbor on Ellis Island (which is technically also a part of New Jersey!). In Poptropica, we get to return the statue to 1882’s France. The model is, well, a bit smaller to say the least. 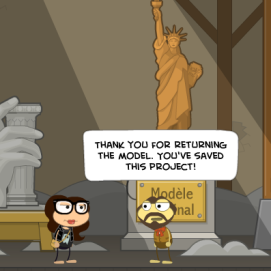 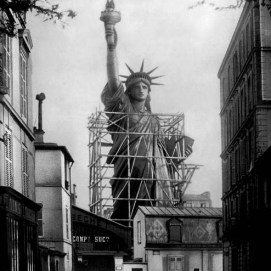 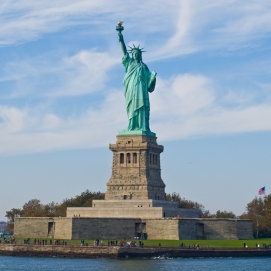 After returning the statue, your Poptropican ventures to the Graff House in 1776. Also known as the Declaration House, this was the home of Jacob Graff and the place in Philadelphia where Thomas Jefferson wrote America’s Declaration of Independence. The resemblance is uncanny, huh? 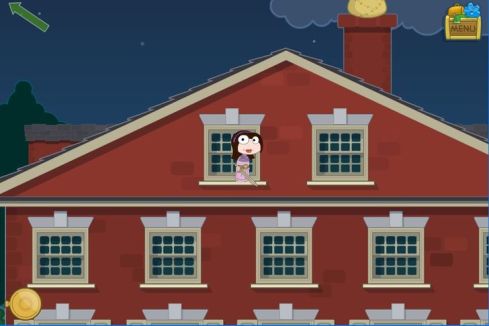 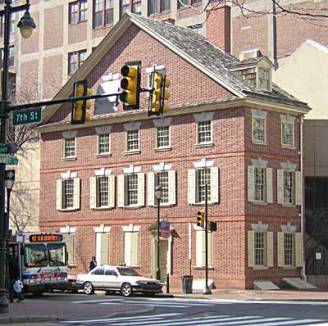 If you’ve played though Time Tangled Island, you know we’re just getting started! In 1387, our Poptropicans visit Timbuktu during the Mali Empire, which occurred in West Africa from c. 1230 to 1670. You may recall returning some salt rocks, visiting the Timbuktu Inn, and repairing a puzzle of King Mansa Musa while here! Doesn’t the architecture look familiar? 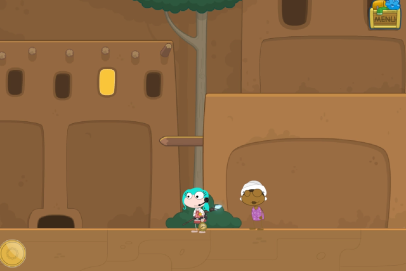 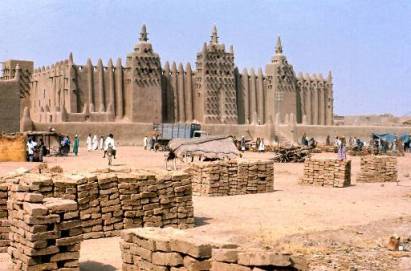 After visiting the Mali Empire, Edison’s Workshop in 1877’s New Jersey is next. We primarily get to help Edison out with his phonograph in game, but he’s famous for inventing many other items as well! Today, a Memorial Tower and Museum is up in Menlo Park to honor the inventor. What do you think is his best invention? 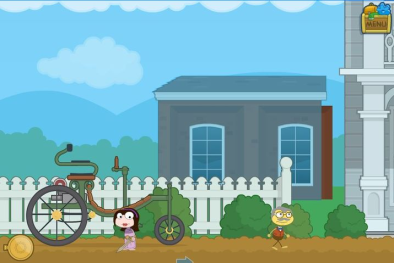 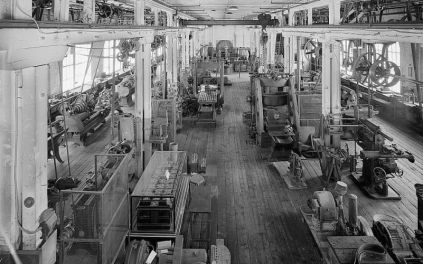 Following the workshop, we have the Aztec Empire of 1519’s Mexico. Like the Mali Empire, the Aztec culture had great influence on its area. The Poptropica Creators seem to have implemented their architecture pretty well into the game! 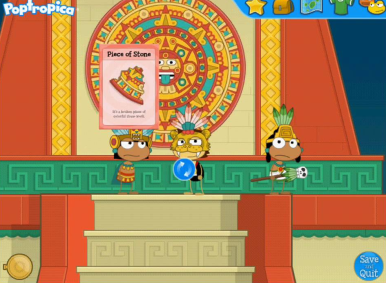 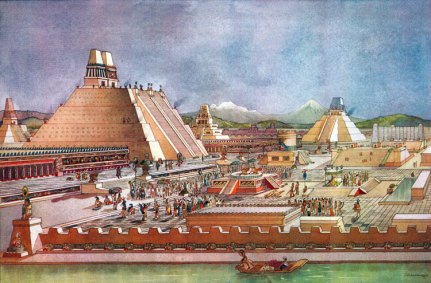 Next, let’s visit Leonardo da Vinci in 1516’s Italy! As an artist and inventor, one of da Vinci’s most famous paintings was the Mona Lisa, which we got to see in Poptropican form! Which of his works do you admire? 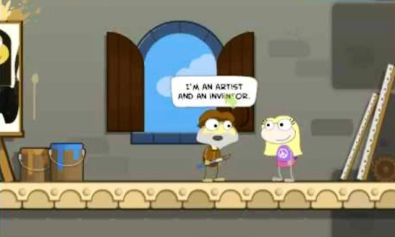 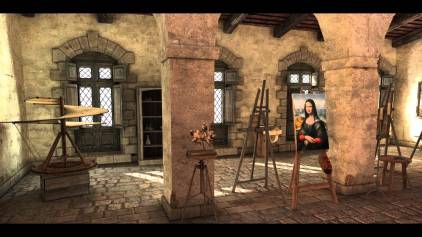 Later, we get to peek at Lewis and Clark’s 1805 Expedition. Like some other time periods our Poptropicans visit, it’s not like we have a whole lot of photos to compare with the actual event. Still, the expedition had a big impact on how today’s United States of America came to be! 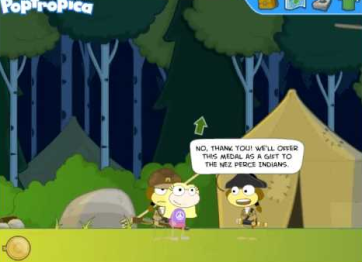 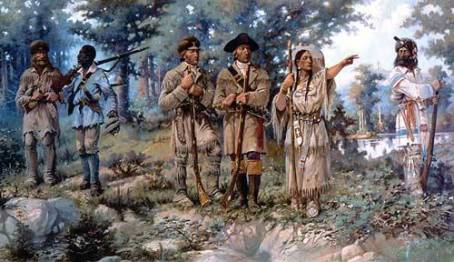 Afterwards, we stop be a tourist destination that I’m sure we’re all aware of: the Great Wall of China. Our Poptropicans get to check it out in 1593, but it’s still up today! Have you ever walked along the Great Wall? 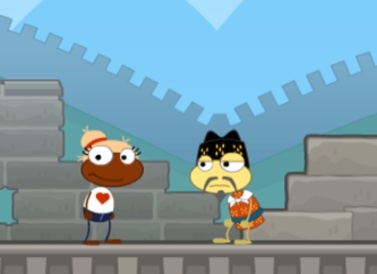 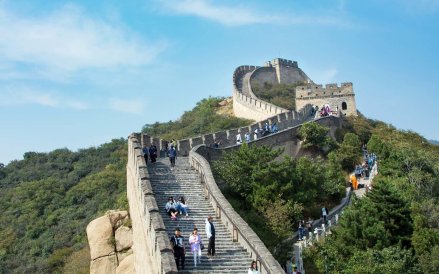 One of the last stops we have is the Vikings in 831. Other than in Time Tangled Island, we also get a glimpse into the world of Vikings in Mystery of the Map Island! 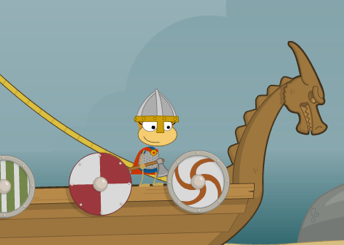 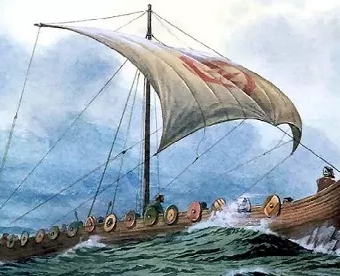 Finally, we have Ancient Greece in 328 BC. You’ve probably learned about this time period in school, but that doesn’t make it uninteresting! What are your favorite tales from Greek or Roman mythology? 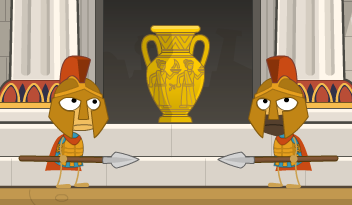 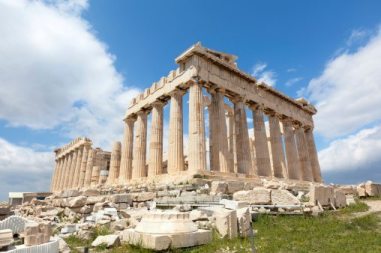 Well, I think that’s it for our real-life tour through time! Did you stick around this long? Maybe one day, we can add the dystopian future to this post! 😉

What did you think? Have you been to any places that show monuments related to these time periods? Where would you like to go next on “Pop Places IRL”?