Welcome to another round of IoTM: Special Feature! Although there are two days left for November, Poptropica made a last-minute post about this month’s IoTMs (Islands of the Month)! Last time, we’ve had the spotlight on Shrink Ray Island’s concepts and sketches and now let’s move on to the other IoTM, Poptropolis Games!

As usual, being the Island of the Month gives out these special privileges: 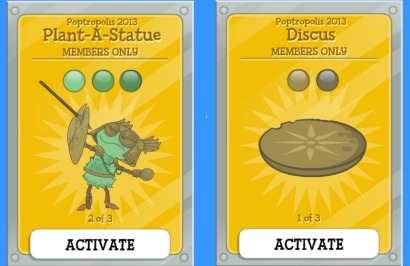 Now, let’s look at the different concepts and never-before-seen exclusives!

Let’s look at the character sketches, they look really cool! I must say that #4 and #5 with the soda hats look really fun, as well as the lady selling Poptropolis Games merchandise! The squid hat looks really funny, hehe. The second image contains more sketches of the major characters of the island: the master of ceremonies, the scorekeeper, and the ancient warrior. Their designs look pretty awesome if you ask me. 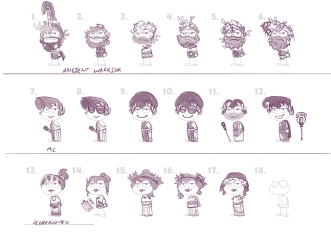 The next set of sketches and concepts are the statues and battle arenas found in the island itself. One is the volleyball arena that debuted in 2013 and the one is for weightlifting. As you can also see below, they also had sketches of some ruins on the island! 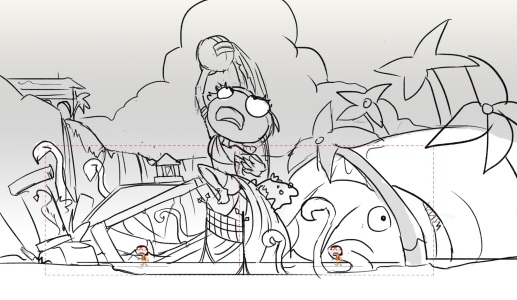 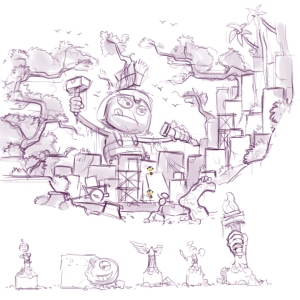 That’s not the only treat we have from Poptropica! Skinny Moon added that in every island they make, the Creators follow a style guide—a way to make all designs in uniform and consistent. You may find a certain “Jeff” in the style guide and yes, that is Jeff Kinney! Jeff has an input on every Poptropica island as the Chief Creative Officer. 🙂 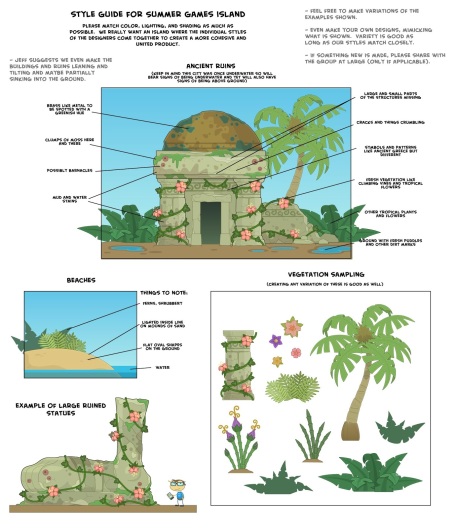 Don’t they look so cool? We’ll hopefully see some more next month!

What islands do you think will be featured next month? Maybe they’ll be holiday-themed? Leave a comment about it below! I hope you enjoyed another round of IoTM: Special Feature! Until next time, stay awesome people!

17 thoughts on “Sunken sketches and concepts from Poptropolis Games!”