As promotion for the recent release of the newest Galactic Hot Dogs book, The Weiner Strikes Back, Poptropica is adding some new credit rewards for finishers of the aptly named Galactic Hot Dogs Island. You can read more about GHD on Funbrain. 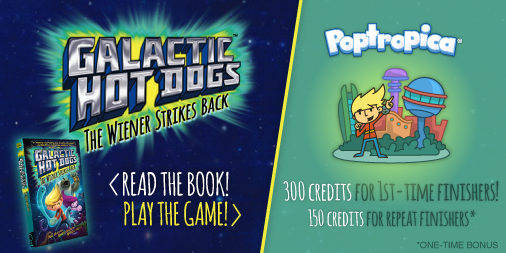 They’ve also updated the map icon for GHD Island, which you can see below (left) in contrast with the original (right). Looks like the Neon Wiener made way for Funketoun and an excited Cosmoe! 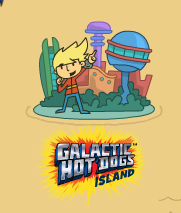 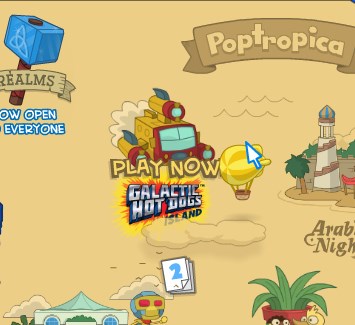 In totally unrelated news, our friend Yujo_Jacy_the_Jumpy_Coyote has found a little bug on the Mystery of the Map Photo Booth. 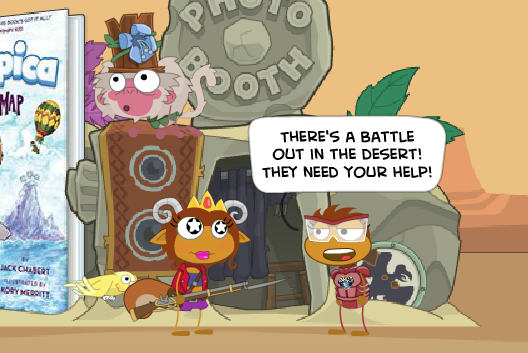 On non-SUIs (classic islands not colored on the map), the photo booths are accompanied by an unrelated NPC. According to Yujo himself, the character (as well as his dialogue) is from a former Hot Wheels Battle Force 5 advertisement.

And lastly, Poptropica creator and best-selling Wimpy Kid author, Jeff Kinney, was on Fox & Friends this morning talking about Wimpy Kid, Poptropica, and StoryArc Media. Here you can see him drawing with some kids on the show.

Fox & Friends uploaded Jeff Kinney’s part of the show to their website, so if you’d like to check out that video, click here. The video segment is kinda short, but still pretty cool to see Kinney’s drawing skills in action. 😛 Definitely check it out if you’re interested!

And that concludes this little roundup post. What do you guys think about this news? Feel free to share your thoughts and opinions in the comments below.

48 thoughts on “Credits Where Credit Is Due”