Hey everyone! This might be one of the best island ideas out of all of the Create Your Dream Island (CYDI) runner-ups, and it’s from a boy! 😀 This island, created by Joel B. of Ohio (also known as Giant Foot) is called House of Cards Island! 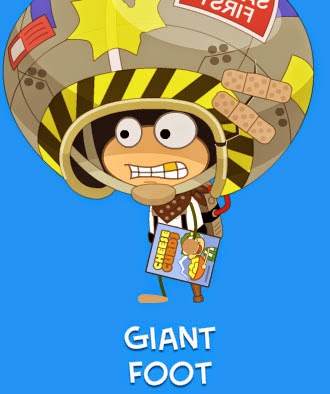 In Card Kingdom, the Ace of Hearts has been stolen from the Heart Kingdom. The King and Queen of Hearts need your help to find it before there is a war.

Nothing more like Poptropica than seeing Poptropicans fighting in a war! xD Anyway, I’d say this is my favorite so far out of all the runner-ups. Here’s why the Creators liked the idea:

Joel’s vision of the “Card Kingdom” sounded like an incredibly fun place for us to design. He sent an additional sheet with several characters, as well as descriptions of the traits of each card suit. It was some impressive world building!

Sounds amazing! Here’s a snippet of his interview, which you can read on the Creators’ Blog.

Poptropica Creators: How did you come up with the idea for your Island?

Joel: My sister and I were jumping on the trampoline after the contest was announced, thinking up ideas for islands and House Of Cards was my favorite out of all of them.

How do you think of an idea on a trampoline?! That’s unique.

Overall, great idea! Joel, if you read this blog, I want to see more of your ideas! I think this island could have won, except that the name of this island is a famous TV show, so Poptropica probably didn’t want to get sued.

(UPDATE: Thanks for commenting here, Giant Foot! His username is Booch18 if you want to add him.) Anyway, that’s it! Cya!

I'm a 15 year old boy that lives in Louisiana. I love baseball, football & soccer. I have been playing Poptropica for 5-6 years now, and I also run my own blog. My music interests are Owl City, Skrillex, Maroon 5, Flo-Rida, Bruno Mars, Deadmau5 & Zedd. View all posts by Samwow5