Welcome to Poptropica Adventures, Poptropica’s first ever video game! To play, you’ll need to buy the game for your Nintendo DS from a store or get it online via Amazon if none are in your area.

Once you have created your character by giving it a unique look and name with the tools provided, you will arrive on Museum Island. Funny name for an island, don’t you think?

To begin, talk to the man outside. He will tell you that the museum is in need of artifacts to make it great again. You’ll follow him inside. Go into the closet found on the second floor of the museum (near the Astro-Knights exhibit room, which will be brought into play a little bit later in the game).

Customize the look of one of the mannequins, and talk to the man. You will then be allowed to leave the museum and start your adventure. Remember, eventually, you will come back to the museum, coming inside the three exhibit rooms and dropping off the artifacts you receive on your adventures.

Once you reach the Map, we’re going to start with Super Power Island. Head towards said Island, located on the far left of the map. Once you arrive, talk to Ned Noodlehead, who is the person standing by the Comic Shop with the broken front door. He’ll describe the tragic scene to you, and tell you that you’ll need to find the three stolen comic books.

Go to the right, and climb up the building you first see. Go to the rooftop, and you’ll find Sir Rebral. If you’ve played the game, you’ll know that this is not his true outfit. Don’t worry though, you’ll encounter a lot of costume changes in the game. Now, talk to him, and accept his offer for a game of Catch. Catch the tomatoes, trying to prevent five of them from falling, or you’ll have to restart the game. Once you defeat him, you’ll receive the first of the three comic books, the ones stolen from the comic shop. Next, climb down from the rooftop and go to the next building.

You’ll have to win a game of Jump to climb this building. Dodge the falling stones, and climb on the platforms. Remember that the ones that look like they’re about to break will cause you to fall. Once you’ve beaten the game of Jump, you’ll meet Crusher, who has also seemed to undergo an unfortunate costume change. Dodge 99 statues, and you’ll retrieve the second comic book.

Walk back to Main Street and go into the manhole by the phone booth. Click on the valve and rearrange the pipes. When you’re finished, find Ratman. Talk to him, and accept his task. Find his six rats in the sewer, and give them to him to retrieve the third and final comic book.

Find the girl near your blimp, and help her with her game. It is a game of maze. Navigate the three levels and she’ll give you a prize. When you’re done, deliver the comics to Ned and go inside the comic shop. Tell the PI that you solved the crime, and he’ll give you the Letter of Gratitude.

Go to the open window on the second building, and go inside. Give the old superhero the Letter, and he’ll give you the ID Card. When you get the ID Card, go back to the comic shop and talk to the PI. Find the four pieces of Betty Jetty’s security photo, and give them to the PI. Talk to the police officer guarding the subway station. He’ll ask you for a hot dog. Go to the hot dog cart and take a Hot Dog. When you give it to him, he wants something to put it in, so give him a Pretzel from the pretzel cart.

Now go into the subway and find Betty Jetty, who has seemingly gained an ironic pink heart-covered outfit. Beat her in a game of Race. (TIP: Jump over the trash piles and chairs, collect the winged shoes, and press the down arrow on the control pad to tumble underneath the signs.) Once you beat Betty Jetty, Ned will show up. He will reveal that Betty is really her sister, and he was the one who tore up the security photo for fear of her getting caught. When you go back up, you can go back to your blimp. (COOL FEATURE: Don’t forget to customize a few outfits to access them later in the closets!)

Right Back Where You Started From

Head back to the Museum and head into the Super Power Exhibition Room (NOTE: The Exhibition Room is near the entrance.) Place the artifacts you collected on your previous journey into the cases you think will suit them most. Talk to the man before you leave. He’ll tell you that he’s fixed the windows and repainted everything. Yay, progress! Now, go back to your blimp.

Mythology Island — More than a Myth

Back at the Map, head to Mythology Island, located on the far right. Talk to the man standing by the Mount Olympus gates. He’ll reveal himself to be Hermes, and he’s lost his magical winged hat. He’ll give you a letter to give to Poseidon, god of the seas.

Head to Poseidon’s temple on the right of Main Street. Climb up the rocks near the temple of Poseidon and go to the waterfall. Click on the valve. Beat the puzzle by switching the pipes around. If you succeed, you should shut down the waterfall. Go back down and go inside the temple. Go to the right and retrieve the pan flute. Then go to the right and find a girl who will tell you, “Simply play the sounds of the seas, and the door will open with ease.”

Go back to Main Street and give the fish to the man selling cabbages. He’ll give you a cabbage, which you’ll need later. Go back to Hermes and he’ll give you a package to deliver to Hades, god of the Underworld. Go right, towards the temples. Go inside of Hades’ temple and talk to Charon, who’s on the boat. Say you want to cross the river and another game of Maze will pop up.

Navigate the boat through the water, watching out for the glowing eyes, which belong to a crocodile who WILL EAT YOU. Once the third level is completed, go through the door. Give Hades the package, and return to Hermes.

Artemis and her Arrows

Hermes will give you a letter to deliver to Artemis, goddess of the hunt. Go left, to the forest, and give the letter to Artemis. (NOTE: She’s near Pan.) She’ll proclaim that she cannot read it until she finds her six arrows. They are placed as follows:

Give the arrows to Artemis and she’ll say it’s from Apollo, who tells her of a deer wearing a winged hat loose in the wildlife. Follow her to the deer, and she’ll ask for something to calm it down. Give her the cabbage from earlier. Grab the winged hat and go back to Main Street. Give the winged hat to Hermes.

Right Back Where You Started From (Again)

Go back to the Museum and go into the Mythology exhibition room. Deposit all of the artifacts collected on the trip to Mythology in their appropriate spots. Exit and go back to the map and head to Astro-Knights Island.

Astro-Knights Island — A long time ago, in a Poptropica island far, far away….

Congratulations! Home stretch! Now, go to the castle, which is located left of Main Street. Go up the windows and go through the open one. Find the queen, and she’ll tell you to talk to the king. Go to the throne room, located right of that point. Talk to the king, and he’ll tell you, “Beep, I am not seeing visitors at the moment. Boop, please come back later.”

Leave the throne room, and tell the Queen. She’ll tell you to speak to Sir Cador, the Green Knight. Talk to him, and he’ll send you to Sir Pelleas, the Red Knight. Ask if you can borrow the spaceship. He’ll say you’ll need an electrical source, a fuel cell, and a wrench. The wrench is on the Olde Rumor Mill, the electrical source is on the top of the junk pile in the castle, and the fuel cell is won by racing the guy by the Mordred Museum. Once all of these things are gathered, give them to Sir Pelleas.

You’ll need to help him wire the circuits. Beat the puzzle, and then he’ll ask for a space map. Go to the castle, and talk to the monk by the UFO, who will give you one. Give the space map to Sir Pelleas, and climb into the rocket. You’ll need to navigate the maze, which is surrounded by lasers. Make your way through it and go to Pewter Moon. Climb on the Fire Planet teleporter, and go to the Fire Planet.

Hop on the green teleporter, and go to the Jungle Planet. Talk to Binary Bard. He’ll challenge you to a race against the Atomic Phoenix. Beat the phoenix, and talk to the king. You’ll wind up in another game of Jump. Reach the top, and you’ll be brought back to the Jungle Planet.

The king will tell you to go back to earth to inform the queen. Do just that, and talk to Sir Pelleas afterwards. He’ll ask you to collect some of the dragon scales he lost in a battle on the Fire Planet, along with some proof he was there. Do it, and give them to him. Next, go back to the castle and talk to the guy you got the space map from. He’ll ask you to find his telescope. It’s on the Olde Rumor Mill. Give it to him, and you’re officially done! Great job! Head back to the museum.

Go into the Astro-Knights exhibition room on the second floor of the museum, and talk to the curator. He’ll congratulate you on the job, and say that they’ve added a new wing to the museum in your honor.

Go upstairs and stop at the black door. Inside, and you’ll find some old-fashioned arcade games based on the minigames from your game. Get the high score in each game, and you’ll get an outfit for the Museum Closet. Beat all six, and you’re all done with your Poptropica Adventures! Congratulations!

You can also enter the password DSADVENTURES (in all caps) to receive two bonus costumes, a blue knight and beach outfit. (Thanks to idk for the tip.) 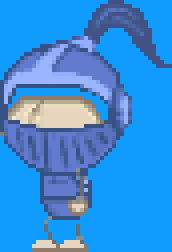 Don’t forget, your DS game comes with a promo code for two exclusive costumes which you can enter on Poptropica.com, for your Poptropica character online to wear! You can find this code in the back of the instruction booklet that should have come with your purchase. Log into your Poptropica.com account online and go to the Store tab (green coin), type in the code in the top-right corner where the promo code box is, and you’ll unlock the Lightning Knight and Medusa Surfer! 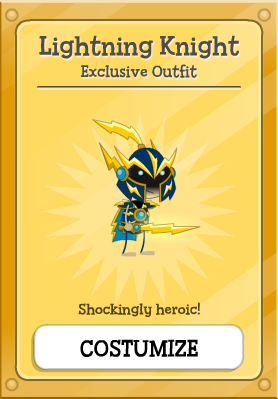 🌟 For more walkthroughs, check out our Island Help page! 🌟