I know, the title is sorta snotty, but it’s true. We demand a lot out of the Creators, and sometimes we get a little impatient. 😉 There are a few key features of Poptropica that were lost when islands converted to SUIs, and one of the features that they got rid of… that has been a part of Poptropica since it started… was the Map. But, as the title states, we citizens of Poptropica want our way! That’s why, over the past week, I have developed fabricated SUI maps to be put on the PHB’s Maps page (Also, check out the fonts page for a plethora of new fonts to use!): 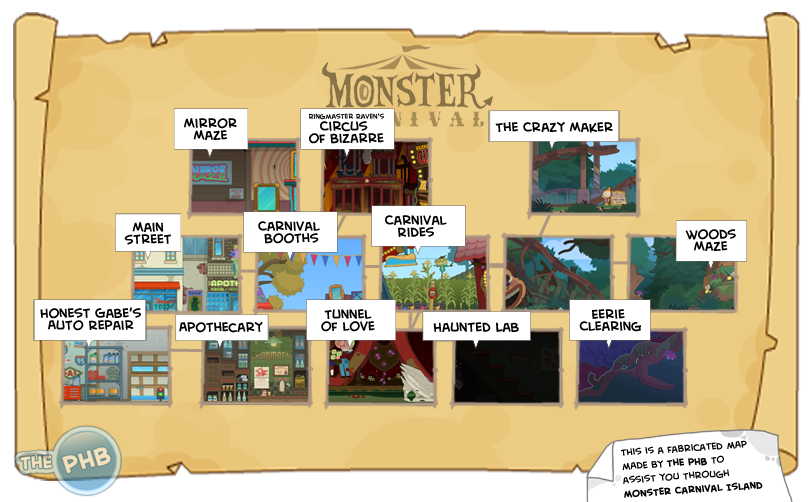 I tried to make them as accurate as possible to the original maps, and hopefully they will help a few of you guys out. Other than that, they’re a nice tribute! 😀

If you’re unfamiliar with the island maps, this was a feature that showed you where you were on an island and what places you had yet to discover. This was a great help to the beginners as well as the oldies. The PHB has a Maps page (under the Cool Stuff tab) that documents all of the maps as if you had already played the island. This told the player a little more about the island, and more about where he should go. Maybe it was just a little too easy with the Map to play Poptropica.

As you may have guessed, this is you guys’ prize for getting me 10 likes on my Following Up post. Let’s try to get this post 15 likes! I know you can do it! Who knows what the next prize will be… 😛