Welcome back to “Pop Places IRL,” Poptropicans! SD here to take you on a trip to Game Show Island, which coincidentally takes place all over the world! Liking this series? Be sure to check out other Pop Places IRL posts.

Even though Game Show Island primarily consists of, well, game shows, each competition does take place in a distinct, very real city. So, despite the constant immersion in mini games, pay closer attention and you’ll notice some world destinations!

Let’s start off with Tokyo, home to the big baddie of the adventure: Mr. Yoshi’s Game Show. The city, located in Japan, is actually one we’ve visited before in this series! Remember Red Dragon Island? Familiarity aside, however, Game Show Island takes place in a much more modern version of the city. We can clearly see the inspiration for this location as far back as the concept art! The city is clearly known for its bright advertisements, technology, animation, and much more!

Moving on, why don’t we head to Miami next? Located in Florida (USA), this city is home to the Spin for Riches Game Show. While the state does have a lot of retirement homes, I think the area is more well known for its bustling beaches! I think the coastal colors translate well in-game.

What’s next, you may ask? None other than Istanbul (not Constantinople)! In Poptropica, this is where we get to play the Scaredy Pants Game Show, but fear not! IRL, we’re just taking a trip to Turkey. Look at that remarkable architecture!

Next up on our list, Moscow! Here we will find the Brainiacs Game Show, in the capital of Russia! Isn’t it kinda cool that you can even see the resemblance of the city in the simplest of concept art? It’s pretty interesting to see the unique architecture of each city translated into Poptropica, that’s for sure.

Turning back round to our last big city, we have Buenos Aires! This one is the capital of Argentina, but in Poptropica it’s known for the Kerplunk Game Show! Perhaps not as flashy as some of the other tourism hot-spots on our list, but noteworthy nonetheless.

Wow, who knew you traveled so much on Game Show Island? It’s like trying to fit the whole globe into one island! And that’s not even considering Main Street, Club Nouveau Riche, the Factory, Holmes’ Lair, and—oh! The Museum!

Before I adjourn our travels for the day, I will leave you with one more fun comparison from the Museum we see on Main Street. Remember that robot statue? Fun fact: it’s based on “The Thinker,” a sculpture by Auguste Rodin.

And with that, I think our trip is just about coming to an end. What did you think of the journey? Do you think Poptropica captured the real nature of these cities? What other islands do you want to see in this series? Be sure to leave a comment with your thoughts below!

So long, Poptropicans! Keep on traveling!

I guess that’s my tagline now… could be better I guess. Oh well.

Anyways, while the Tribal Tournament is in full swing (go Seraphim!) the Poptropica Creators have been using the new feature Instagram Stories (which is definitely not Snapchat in any way shape or form). Check them out below! (Credit to Cool Octopus!) 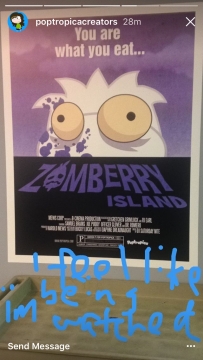 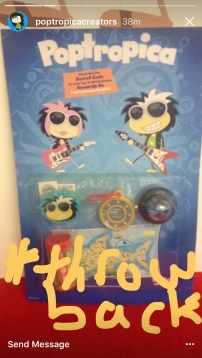 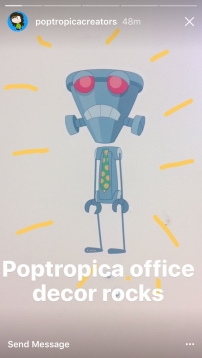 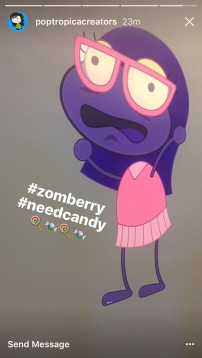 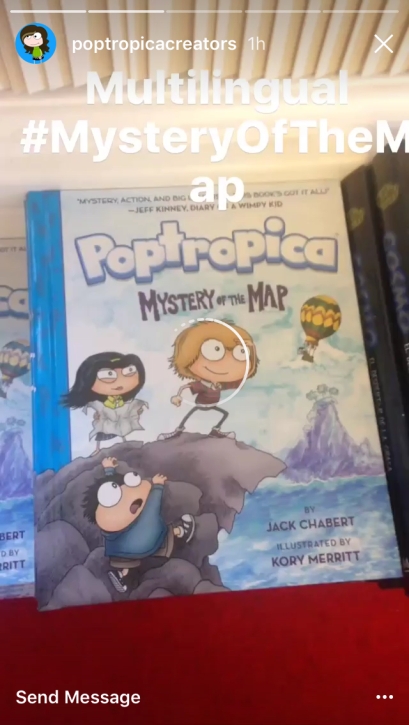 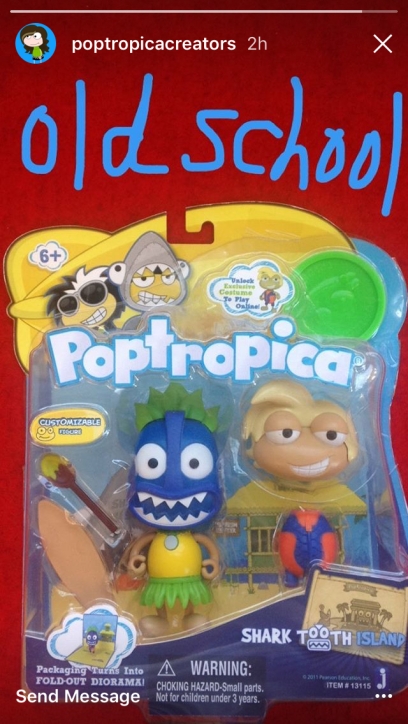 So we have a Zomberry Island poster, the back of a Poptropica toy, the host of “Scaredy Pants”, a Zomberry, a screenshot of a video showing off the Mystery of the Map book in different languages, and the 3″ Shark Surfer and the Booga Shaman toys.

Basically, just keep an eye out on the Poptropica Creators’ Snapch-I mean, Instagram Stories, in order to see neat pictures from around Poptropica HQ!

That’s all for now. Don’t forget to support your tribe in the showdown, and while I would say join Seraphim if you haven’t chosen a tribe yet… I feel kind of bad for Andrew at the moment. The Nightcrawlers really, really, really need the help. 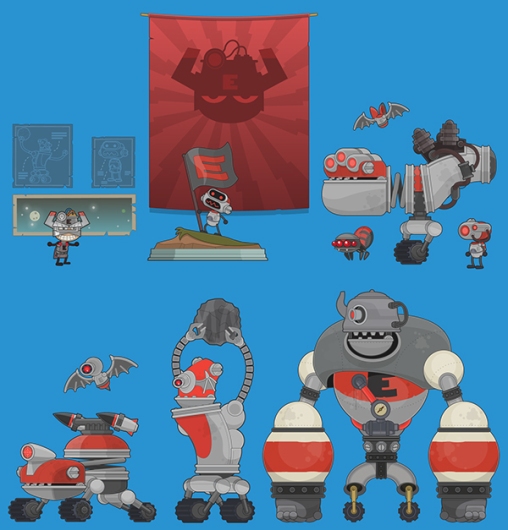 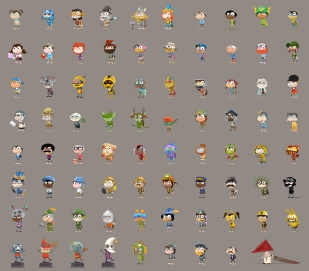 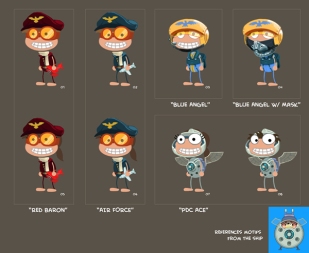 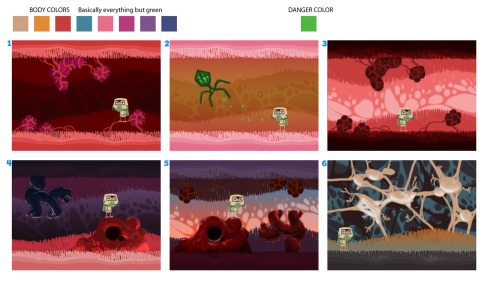 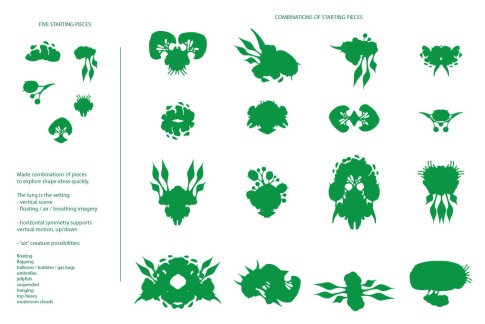 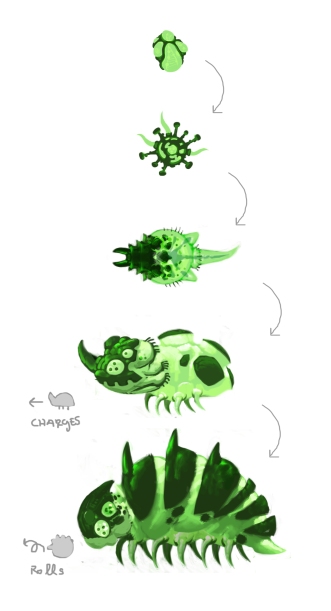 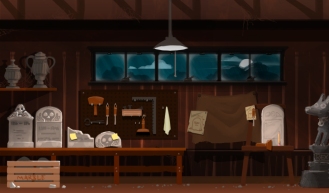 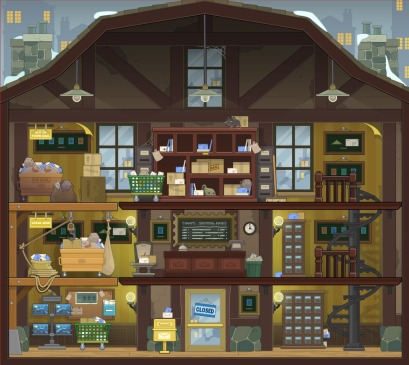 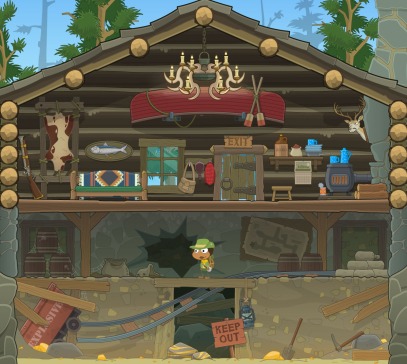 The first topic of this post is late, I know, but Game Show Island has released!

Get out there and strut your stuff in 5 exciting game shows and spine-tingling boss battle against Holmes! Speaking of spine-tingling…

“A quiet town, an otherworldly adventure, what do these ghosts want?” ~Trailer

Ghost Story Island trailer was released! You get a sneak peek of Main Street, the Gingerbread House, the bank, the Hemlock Haunted Inn, and more! Can’t wait! 😀

A new ad is coming… to town! An Arthur Christmas is actually in town… so yeah. 😛

All you have to do is walk in and get the card on the wall! There’s also a dummy so you could costumize the costume.

Have a Happy Thanksgiving! And if you don’t live in America, well, Happy Thursday! 😀

And after that is…

The creators announced in a new post on their blog that Game Show Island will soon be free…for all! How cool is that? Non-members will soon be able to play the fun filled quest as well. In just 4 short days – on November 22 – it will be released.

But of course, the Store’s Game Show Robot costume still remains free and for members only. It looks pretty awesome if you ask me. So, buckle down and get ready for the new island!